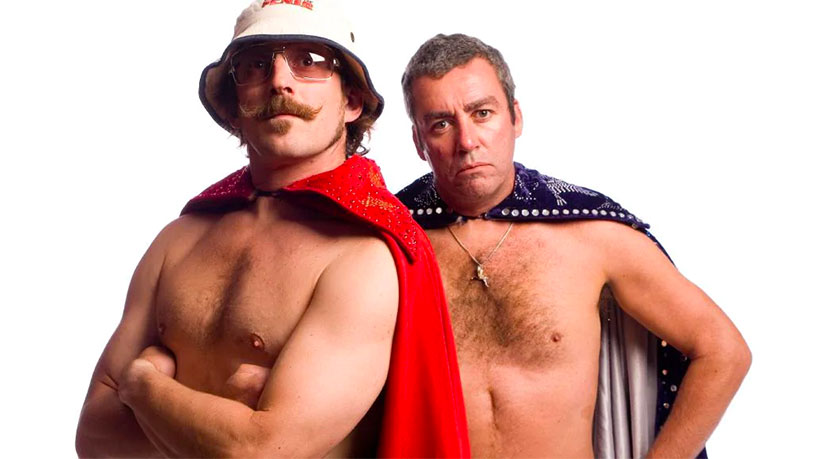 Oh, gosh. You hate to see this kind of thing happen. Australian performance troupe Puppetry of the Penis has been drawing crowds to their bizarre shows since 1998. If you’re not familiar, they hunt up daring puppeteers to twist their twig and berries into a variety of amusing shapes while a narrator cracks jokes. It’s not for everybody, but they’ve been running the festival circuit for nearly a quarter-century to adoring crowds.

However, a performance in Australia at the Adelaide Fringe Festival went wrong in only the way that a pantsless genital puppetry session can. One of the players, creator David Friend, was doing a bit called “The Bulldog” that involved sitting on the lap of a volunteer from the audience. Unfortunately for Friend, the woman had just come from a winery tour and was holding a commemorative corkscrew in her front pocket.

Friend lowered down on her lap, the twisty metal speared him right in the ballsack and caused his nuts to swell up and turn purple. He’s been pulled from the show’s remaining engagements at the festival, to be replaced by local comedian Michael “Mickey D” Dwyer. Dwyer says he will do his best to fill Friend’s shoes, but will be skipping the full frontal nudity.