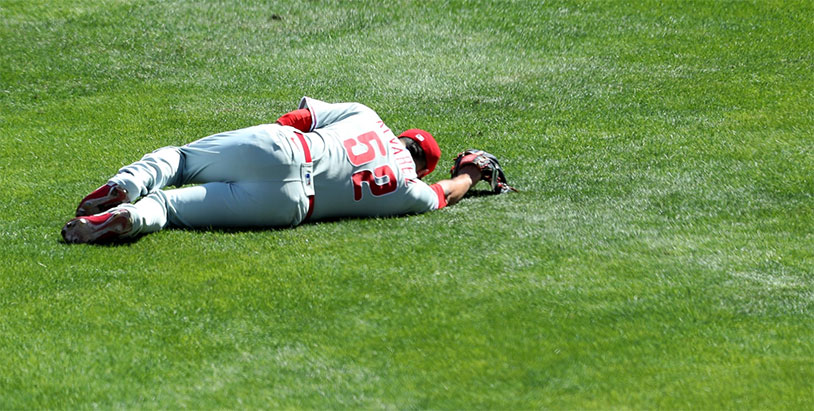 The baseball diamond can be a dangerous place, as Jose Alvarez found out in a game on August 20th. While in the field, the 31-year-old relief pitcher found himself in the path of a 105 MPH line drive off of the bat of Lourdes Gurriel Jr. of the Toronto Blue Jays. Alvbarez, who admitted he doesn’t wear a cup while he’s pitching for some reason, took the hit right in the nutsack. He went down in pain but amazingly managed to scoop up the ball and get it to first base to finish the play before being carted off the field.

Oh my Jose Alvarez right in the….

🙈 Carted off the field
pic.twitter.com/vDVZ8yR9oL

After the incident, Alvarez spoke to reporters about how it feels to take a MLB line drive right to the babymakers. “It hit me in my private parts (and) it’s a pain that’s hard to describe,” he told reporters. “But thank God I feel much better now. Everything was good in the hospital. Nothing bad.” He’s expected to be out for at least a week while his balls heal up.

The Phillies called up JoJo Romero from Lehigh Valley to fill Jose Alvarez’s spot on the team while he recovers.

Read more at The Score.