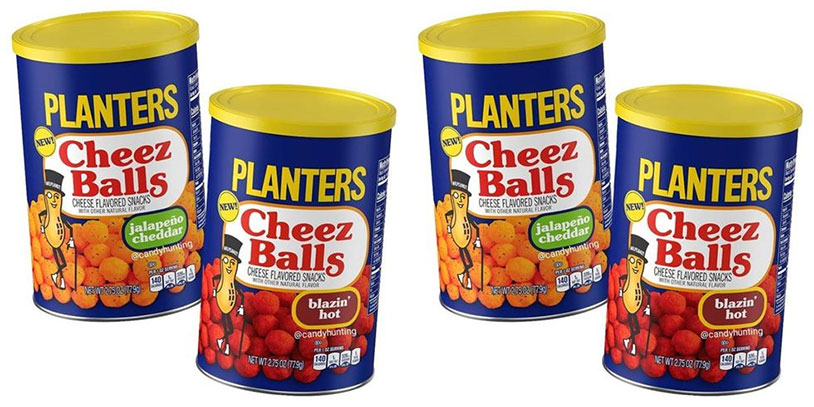 In the grand scheme of ball-shaped food, few command the level of loyalty and enthusiasm of Planters’ iconic Cheez Balls. The toasted corn orbs dusted with a fluorescent orange cheese dust are an irresistible treat, no matter how terrible they may be for you. The company is looking to cash in on their recent publicity from the death of mascot Mr. Peanut by reminding consumers that they have other products, and one way they’re doing so is by diversifying the flavor profile with a quartet of new Cheez Ball tastes.

You haven’t been able to get Cheez Balls as easily as one would like. After their 90s heyday, Planters took them off the market, only to bring them back last year. The response was overwhelming, as you’d expect, so they’ve decided to lean into it. The new tastes that await your mouth from the crunchy snacks will be rolled out in waves throughout the year.

The first wave consists of White Cheddar and Nacho Cheez. The first should be a very familiar taste to anybody who’s eaten Smartfood – it’s a slightly more mature, nuanced cheese that definitely has market share. The second, of course, is what you’d get on a Dorito or similar tortilla chip, and we’re sure it works just as well on a puffy corn orb.

Later in the year, two more flavors will drop: Blazin’ Hot and Jalapeno Cheddar. Both seem poised to cash in on the recent trend of spicy snack food.