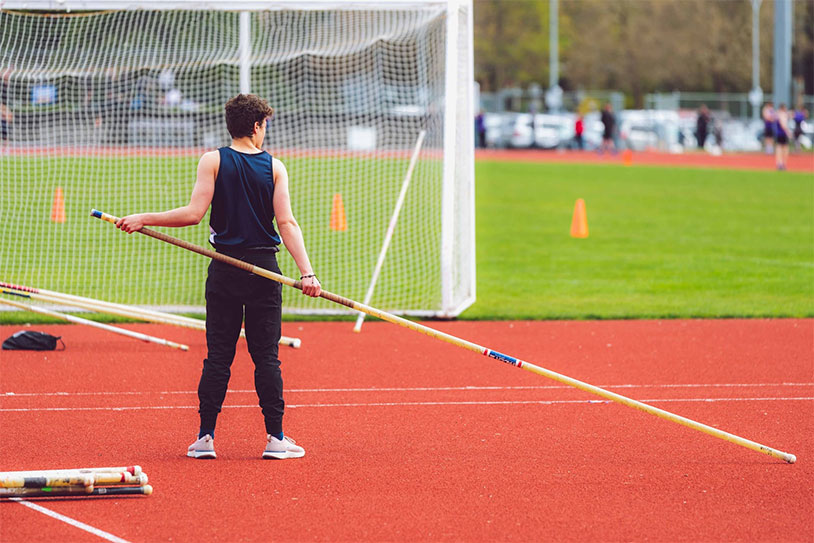 The pole vault is one of those sports that befuddles us a little bit here at the Ball Report. It’s certainly physically impressive to launch yourself on a flexible staff high up in the air and over a suspended bar, but how much variation is there in the event itself? We’re not experts, but are there different schools of thought on how to do the approach, how to hold the body, and how to make the landing?

One person we could talk to about this is Brigham Young University track athlete Zach McWhorter, but he probably doesn’t want to think about the pole vault for a little while following a deeply embarrassing and painful training accident that a schoolmate caught on video. McWhorter was going up for a practice jump when… you should probably watch the video.

In breaking down his ascent and descent, everything looks pretty good for the first half of the pole vault. McWhorter gets a good plant and elevates himself skillfully. It’s on the descent where things start to go south. His pole gets caught up in his shorts and just slides right in through the leg hole, ripping into his ballsack. In an interview afterwards, the poor student said he could see right into his scrotum.

Thankfully, McWhorter got medical attention and he was stitched up. Doctors don’t believe there was any damage to his gonads themselves, so all’s well that ends well.