Police File Charges Against Protester They Shot In The Nuts 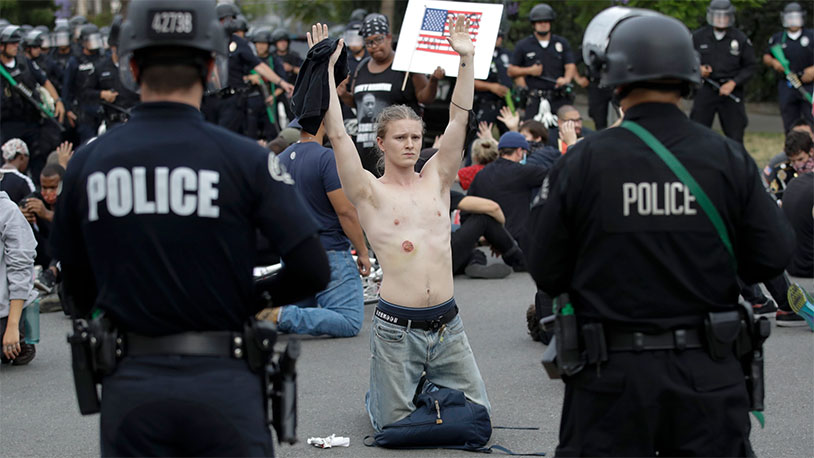 A few months ago, we wrote about Bradley Steyn, a man who was protesting in Los Angeles during the nationwide events after the death of George Floyd. Steyn, who has a history of political activism, was shot in the crotch by a nonlethal projectile and hospitalized. He is suing the LAPD for damages, but they just responded by filing charges against him.

In a misdemeanor complaint filed on Monday, Steyn is charged with assaulting an officer and resisting or obstructing an officer in relation to the protest on May 30. In the complaint, prosecutors allege that Steyn “willfully and unlawfully [used] force and violence” against an officer identified only as “K. Clark.” This seems like a fairly flimsy hook to hang charges on considering that video footage exists of the incident, but you do you, LAPD.

In the clip, you can see Steyn lunging forwards towards the police line, and some argue that he was going to kick an officer, but the atmosphere of intense violence makes it difficult to get a picture of his intentions or actions. He argues that no contact was made with an officer before he was both struck in the chest with a baton and shot in the crotch. His attorney in the civil case against the city believes the charges to be retaliatory, saying “The city attorney’s office obviously has a conflict, and these charges were clearly filed in retaliation for the filing of our civil case and because Bradley has been outspoken about the police brutality he witnessed at the Black Lives Matter protest.”