Poor Sucker Gets His Ballsack Trapped By Magnets 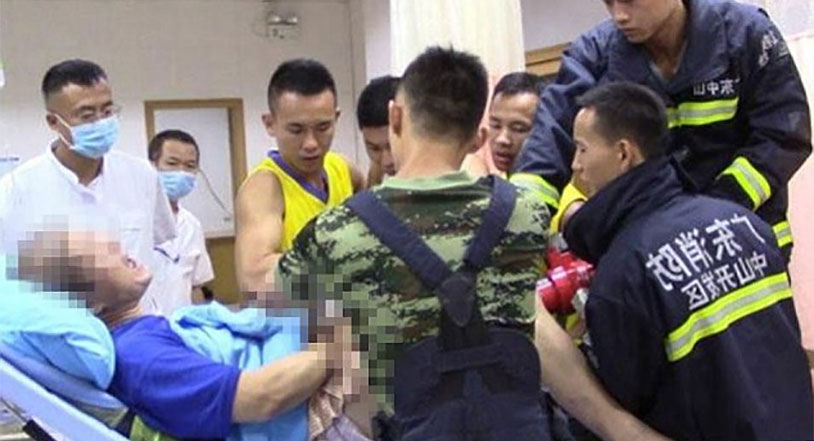 As our good friends in the Insane Clown Posse love to remind us, we really don’t know how magnets f’ing work. Well, we do, but some people don’t. Like the poor sucker in Guangdong, China who was trying to administer some kind of quack therapy on himself when he got two incredibly powerful magnets clamped around his scrotum.

We’re not 100% sure what the 45-year-old man was trying to accomplish by administering magnetic waves to his prostate. Magnotherapy isn’t accepted as a medical practice by most doctors, but when things are rough you turn to any method you can. The man’s family told police that he was hopeful that the force would do… something good.

Needless to say, that didn’t happen. When the patient brought the magnets in close proximity to his nutsack, the attractive force took over and clamped his junk in between. All of his strength couldn’t get them loose, so the police and fire department were called. They took the man to Bo’ai Hospital in Zhongshan, where doctors found the manufacturers of the magnets and called them.

They suggested pulling the magnets parallel to each other in a sliding motion, but the man’s family balked at that idea, worried that it would shred his scrotum. So the firefighters pulled out a pair of hydraulic crushers and used them to slowly and carefully pulverize the magnets to reduce their attractive force. After a delicate operation, the man’s balls were free. If you’ve got the guts, watch this heavily censored video of the proceedings.

The Daily Mail has more on the story.