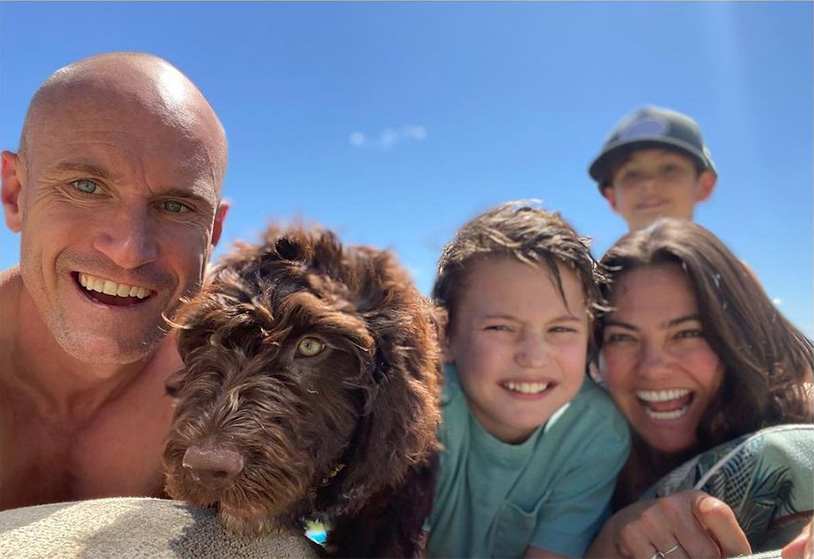 Australian radio presenter Ryan “Fitzy” Fitzgerald has a reputation as a prankster, but this latest gambit definitely pushed the enevelope of good taste. After his dog Beastie was neutered, he took the occasion as a teachable moment to mess with his two sons, Hewston and Lennox.

In a video posted to his Instagram, Fitzy talked through the incident, saying “Beastie got desexed, they had to take his assets out, he’s been a bit sore, he’s been trying to lick that area so unfortunately we’ve had to put a G-string on him … but before he got home the boys have been asking a few questions, saying, ‘Do they actually cut his balls out?’ I said, ‘Yeah unfortunately they do’ … bit of a light globe moment for Fitzy because I said ‘Well, you get to keep them afterwards.'”

Typically no, you don’t get to keep your pet’s gonads as a surgery souvenir, but that didn’t stop this prankster from grabbing a pair of white, fleshy lychee nuts and pretending that they were Beastie’s balls to the kids, then popping them in his mouth and gleefully chewing them up. Watch the clip yourself, it’s a hoot:

A post shared by Fitzy & Wippa on Nova (@fitzyandwippa)