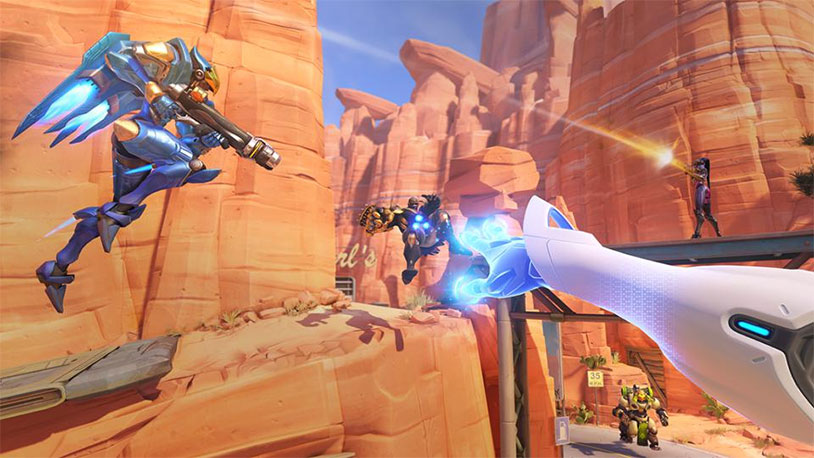 Pro gaming is one of the most unlikely success stories of the 21st century, as numerous keyboard jockeys are now making big bucks and fame for playing games. One of the most popular titles in the scene is Overwatch, the team-based hero shooter from Blizzard, and numerous teams compete in the Overwatch League. But fans of the Houston Outlaws had a surprise recently when veteran player Dante “danteh” Cruz missed two matches in the second week of the season.

Cruz, who has been playing professionally since the league’s inauguration, reached out to fans and explained that he had to skip the games because he was rushed to the hospital for emergency surgery on his balls.

had to get an emergency surgery today but our team still got the 3-0 GOOD JOB EVERYONE IM SO PROUD OF U GUYS 😍😍 pic.twitter.com/mH1QV2gaFX

He went with his team’s General Manager to the emergency room, where he was diagnosed with testicular torsion. If left untreated, this condition can cause serious pain, so he was scheduled for surgery right away. The procedure was successful and Cruz plans to be back playing Overwatch soon. Until then, enjoy this video of some of his best moments.