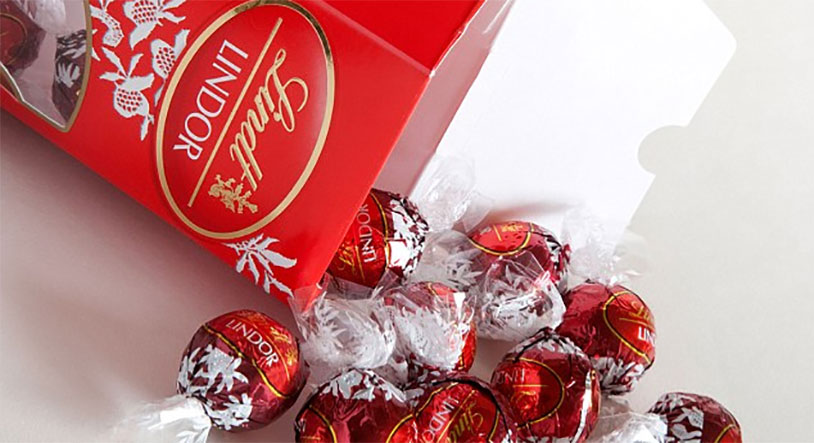 Well, this is a troubling tale. In the midst of a psychotic episode, a British mother of triplets named Wendy Purser bought multiple boxes of Lindt chocolates from a number of department stores in her town of Hutton in Brentwood. But instead of chowing down on the delicacies, she carefully unwrapped them, replaced them with marbles or rubber balls, and then returned them to the stores.

The end result was disastrous. Most of the boxes were put back on sale, and when they were purchased things went bad. Most people looked before they ate and thankfully weren’t injured, but one man swallowed a rubber ball while watching TV and nearly choked to death. His partner managed to help him eject it, and the duo were shocked to discover that every single chocolate had been replaced.

The Daily Mail has the scoop, starting with the police investigation where they traced the purchases back to her and raided her home. When they did, they found a special area with a bin of rubber balls, a glue gun and receipts for even more chocolate.

Investigators couldn’t find any evidence of malice in her actions or motive for financial gain, but they still prosecuted due to the incredible danger that it put her victims in. Swallowing a marble or rubber ball could easily lead to permanent injury or death. A pair of psychiatric reports confirmed the thesis that the woman was having a mental breakdown.

The judge ruled that Purser was indeed undergoing a manic or psychotic episode during her chocolate-swapping period and ordered her to have psychiatric evaluation as well as pay the court costs. She was given a year in prison but the sentence was suspended as incarceration would not help her with her mental issues.

Lesson learned here: no matter how intense your craving for chocolate might be, look before you eat.