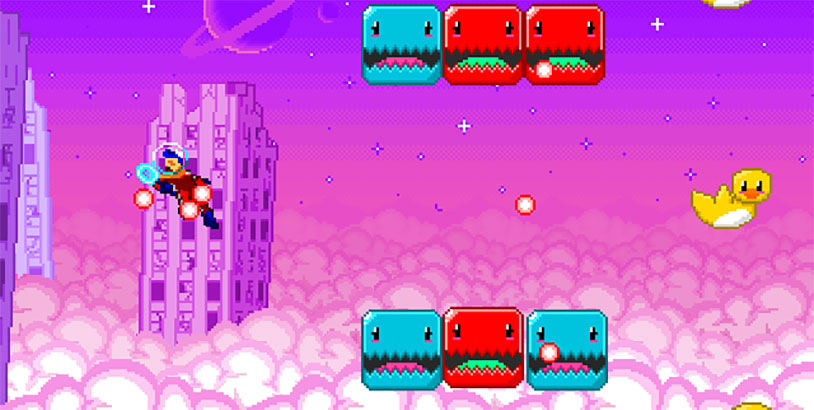 Got a little free time and a PC? Do yourself a favor and download Racket Boy, a new free game from a Brazilian team that delivers all of the arcade-style action you’ve been craving.

Like the best video games, Racket Boy is simple to learn, but complex to master. You fly the titular tennis racket-toting hero around side-scrolling stages, smashing through blocks and enemies as you go. There’s only one problem: you don’t have any offensive weapons of your own. The only way to strike down your foes is by returning their own fire with your powerful racket.

It’s a unique take on the shoot-em-up genre that will have you hooked after your first go, and best of all, it’s free. Here’s a funny fake-80s TV commercial they made to promote it, which should give you a good look at what you’re in for.

The team built the game in a scant 72 hours for a competition, but the reception has been so strong they’re running a crowdfunding campaign to turn it into a bigger, more robust experience with brutal bosses, power-ups, leaderboards and a procedurally generated Endless Mode so you can smash balls forever. Sound good? Pledge support at their Indiegogo page.