Read This Oral History Of A Beer Brewed With Testicles 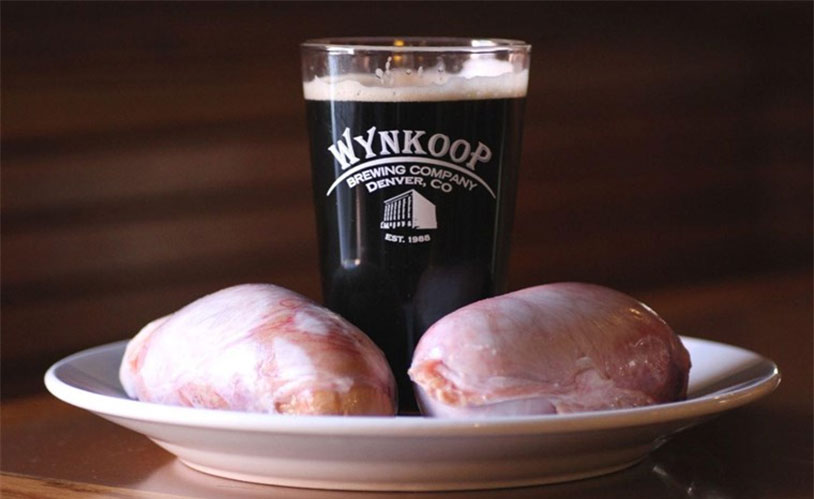 With April Fool’s come and gone, the time is right to revisit one of the most unique balls-related pranks that then transformed into a very real, and very weird product. We’re talking about Wynkoop Brewery’s Rocky Mountain Oyster Stout, a dark brew created with the use of bull testicles.

A recent oral history probed into the thought process behind the ballsy beverage, as well as the public reaction to it afterwards and the effects it had on Wynkoop. The initial idea for the testicle brew came from employee Marty Jones, who wanted to put together a fake commercial for an April Fool’s prank in 2012. The concept of folding in Rocky Mountain oysters, a definite Colorado delicacy, into a beer was just absurd enough to work.

Jones had recently sampled an oyster stout, which is a classical brewing method that uses oyster shells to create a dark, sweetish beer. The step to the natural pun was an easy one to make, and the team put together a quick two-minute video and sent it out. The prank got national coverage, so the next logical step was to figure out how to make it for real.

After hooking up with a local meat purveyor, Wynkoop released the bull balls beer at that year’s Great American Beer Festival, and it’s been a staple of their offerings ever since. The brewery is also experimenting with buffalo testicles in a variant brew.