The Record For Push Ups On Swiss Balls Is, Bafflingly, More Than One

For some reason, it seems like the Guinness World Records used to mean something. Barring that, at least the records in the thick, holographic covered hardback you’d inevitably purchase at a Scholastic book fair (or for peanuts in a grocery store discount bin if it was a few years outdated, as if someone else had been working on their insanely long fingernails in the interim and they just had to print a new version) were interesting. Was it because we were just kids? Is it kind of like how Ripley’s Believe It Or Not seemed like a Willy Wonka for adults, but it’s really just a bunch of funhouse mirrors and a show hosted by Dean Cain?

Nevertheless, it’s hard to get excited for the world record for “Most Push Ups on Swiss Balls” because, first of all, no one has ever called them that. That’s not surprising, of course. The name is ridiculous. This is how the company behind Swiss Balls markets their own product, for crying out loud. 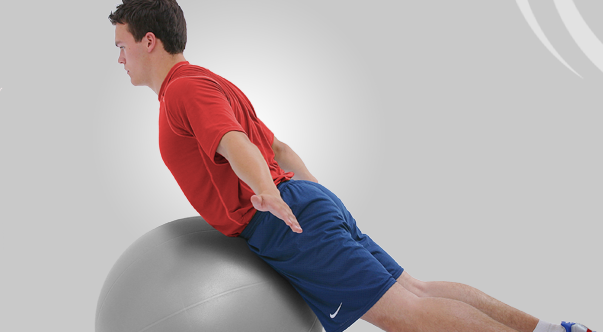 That’s on their official website, folks. That photo is how they plan to get you onto one (or four) of these damn things. No amount of push ups is going to make that look cool. Not even in China.