Remembering A Football Video Game That Let You Rupture Your Testicle 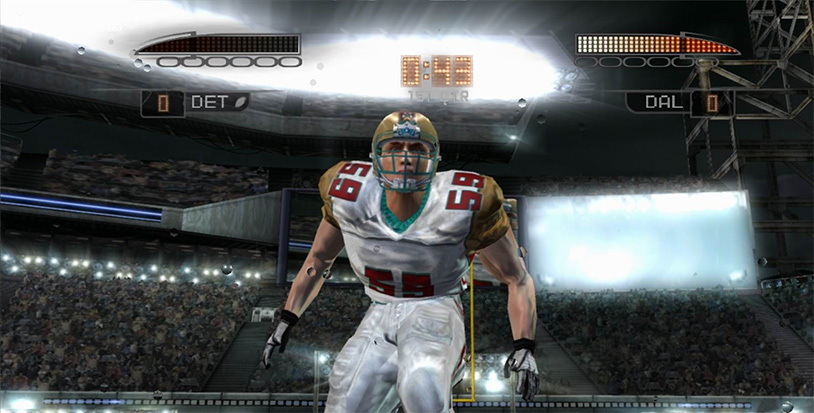 Football video games have been a thing since the early days of the medium, and as technology has progressed they’ve gotten more realistic and fun. But sometimes a publisher will put out a video game that’s just too bizarre for the zeitgeist, and a recent article reminded us of the insanity that was Blitz: The League.

First a little background. Midway licensed with the NFL to create a series of fast-moving simplified football games starting with 1997’s arcade classic NFL Blitz, modeled after the success of the company’s earlier NBA Jam. The company did well with sequels and iterations until they lost the league license in the early 2000s. Rather than just throw away all of their hard work, they repurposed it into 2005’s Blitz: The League, which shed all of the NFL teams and players in favor of fictional footballers.

The Blitz games were all about hard-hitting action, but they way The League handled injuries was something special. In a licensed NFL video game, if a player gets hurt they leave the field, because the organization wants to put forward the impression that they care about the welfare of their players. In this one, though, you could choose to keep a hurt player active, and even juice them with ‘roids to help them play through the pain. Naturally, there are downsides to this strategy, including making the injury permanent and career-ending.

It also had a lot of ways to get hurt, and lots of disturbing animations to show it happening. If you took a hit the wrong way, you could even rupture your scrotum, which was illustrated via a zoom-in to your groin region and a bloody sequence of your player’s nut literally bursting under the pressure. No other sports game has gone there since.