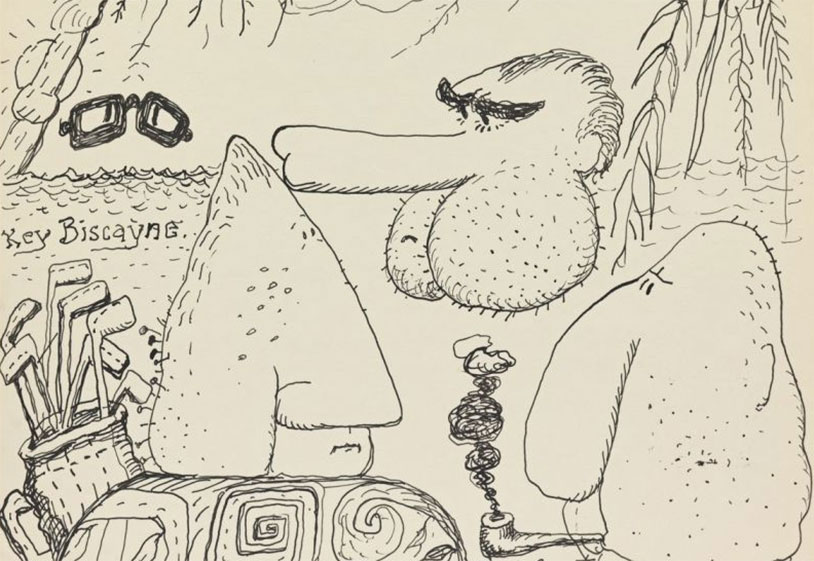 The art world was thrown into a furor last week about the postponement of a massive show spanning four museums by American artist Philip Guston, who abandoned abstraction to create a unique and personal visual language of hooded figures, massive feet and shapes seemingly drawn from the funnypapers. In the charged atmosphere of racial justice, some thought that Guston’s frequent motif of people clad in white hoods – one he used intentionally, as a way of reckoning with evil he felt inside himself – would be inappropriate, so the shows have been rescheduled to 2024.

But this isn’t the Art Report, so why are we talking about Philip Guston? Because one of his major artistic periods in the 1970s came courtesy of a number of drawings of then-President Richard Nixon in which the lower half of his face looks unmistakably testicular. The Guston Nixon works, composed from 1971 through 1975, depict the politician in a number of odd situations.

Inspired by a friendship with author Phillip Roth, who was working on his novel Our Gang, Guston began knocking out reams of these drawings and giving them to friends. They were a major obsession and in many ways helped him transition into his next phase of painting, some of which would also portray the President.