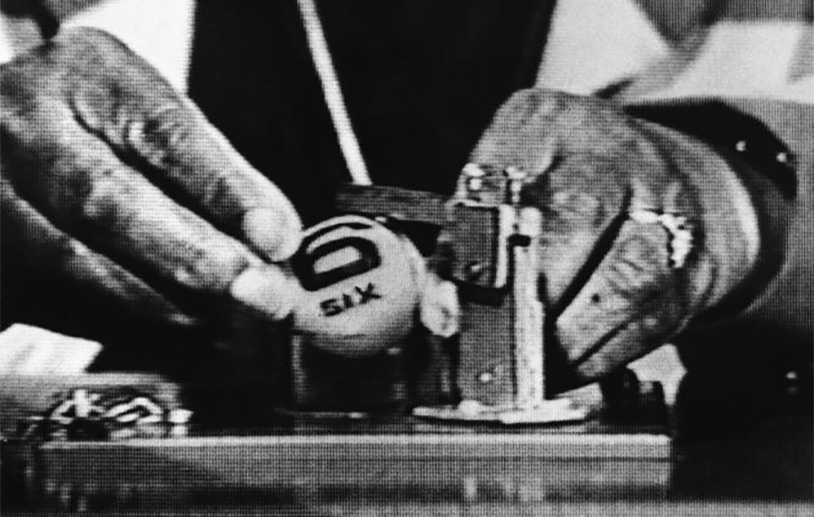 Lottery machines seem like pretty simple things – they’re basically just giant popcorn poppers that toss ping-pong balls with numbers on them around until one comes out a tube at the top. But back in the early 80s, people started paying more attention after an enterprising TV host rigged the system for a big payoff in what’s now known as the Pennsylvania Lottery Scandal.

It all started with Nick Perry, a popular host on WTAE who did the news, weather and even Bowling For Dollars. In 1977, he was tapped to host the nightly Pennsylvania lottery drawing, where a different senior citizen every day was brought into the studio to pick three balls out of a trio of machines.

Perry saw potential and teamed with WTAE art director Joseph Bock, who created a new set of balls that were slightly heavier and would not rise to the top as fast. Only the 4 and 6 balls were original, and Perry’s accomplices Peter and Jack Maragos went around town purchasing tons of tickets for every possible combination of those numbers.

On the night of April 24, 1980, the fix was in and the winning numbers were 6-6-6. Lottery officials soon became suspicious when they noticed that $1.8 million of winning tickets were sold to just a few people. They began investigating, and it wasn’t long before they found out the Maragos brothers had also placed side bets on the lottery with local bookies. The Maragoses flipped on Bock and Perry, with the host being sentenced to seven years in prison.