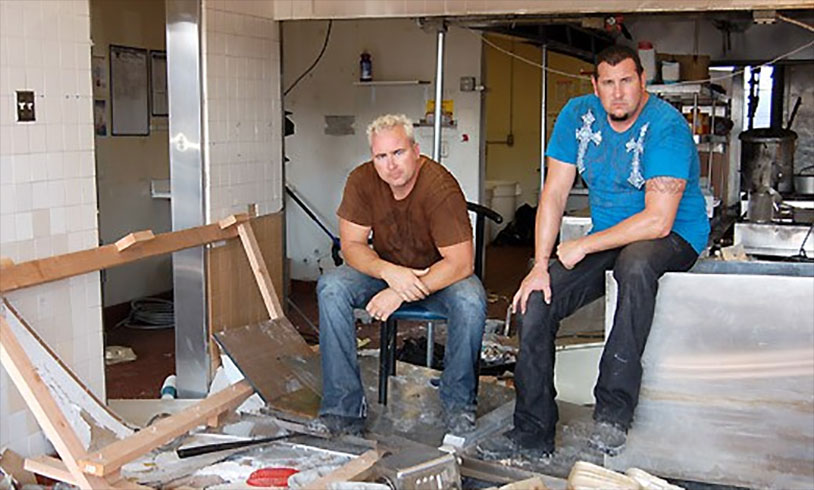 Nearly ten years ago, one of the weirdest and craziest TV shows ever premiered on the late, lamented G4 network. Human Wrecking Balls starred Craig and Paul Pumphrey, a sibling pair of Guinness Book recordholding “breaking champions” who had one talent: destroying things with their bare hands. Over the course of 20 episodes, they deployed that skill to trash houses, offices, vehicles and more. Each week they walked a tightrope between serious physical injury and triumph, with a nurse on hand to patch up any cuts and contusions.

The show also had an educational element beyond the “don’t try this at home” aspect, as a structural engineer illustrated the inner workings of the items that the Pumphreys were smashing. If you want a crash course in construction, watching destruction is a good place to start. And some of the feats these guys pull off are unbelievable. Seeing them reduce a small plane to rubble, like they do in the video above, is a triumph of man vs. machine.

Will there ever be a show like Human Wrecking Balls again? It’s hard to say. The Pumphrey brothers are still out there smashing stuff and setting records. All it’s going to take is one enterprising TV exec to lay out a little bit of cash and get them back on our screens.