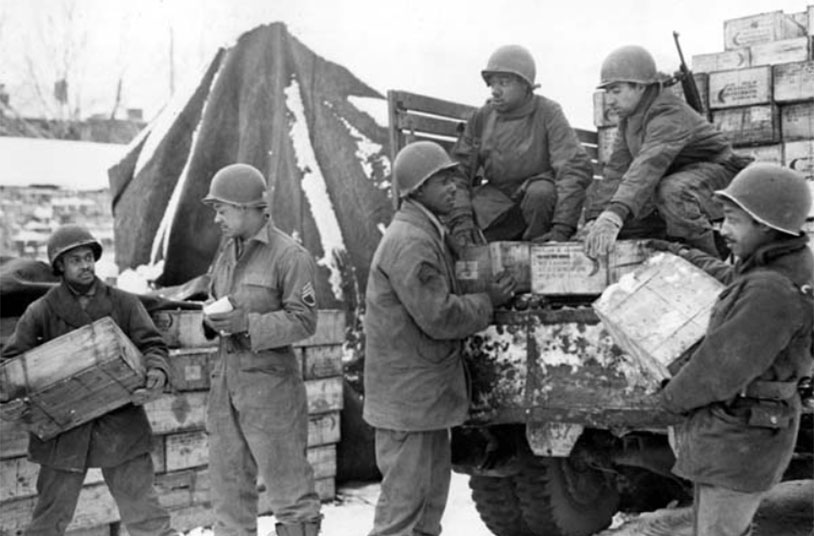 Battles aren’t just won by the fighting men on the front line, but by the massive systems that support them. During World War II, one of the most essential parts of the Allied arsenal was the Red Ball Express, which supplied the troops after the D-Day landing at Normandy. These trucks provided material support to soldiers as they spread through France routing the Nazis. The term “Red Ball” had been used for perishable freight at the end of the 19th century, and it was adopted widely.

The trucks drove in complete darkness, knowing that if they turned their headlights on for even a moment German bombers could locate and destroy them. Carrying up to 12,500 pounds of supplies a day, they ran non-stop for 83 days until the French and Belgian infrastructure were repaired enough.

Here’s a short documentary about the Express if you’d like to learn more.

It’s a pretty cool story and perfect to spotlight for Black History Month, as many of the drivers and crewmen on the Red Ball Express were African-American. At the time, there was still a large amount of prejudice towards people of color serving in the armed forces, so the trucking convoy gave them a way to serve their country with honor.