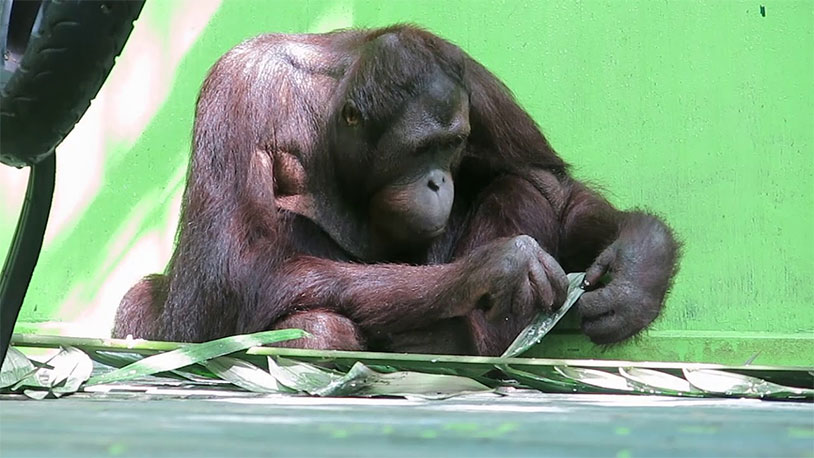 Testicular cancer isn’t unique to human beings – our fellow mammals all around the animal kingdom can fall victim to it as well. But here’s an uplifting story about a rescue orangutan who got treatment and is doing fine.

Meet Robin. He’s a ten year old specimen living at the Four Paws international animal rescue sanctuary in Kalimantan, Indonesia. The orangutan presented with a significant growth in his testicular region, and was sent into surgery for a two hour operation. The procedure removed both of his gonads, and the tissue was sent to a lab for examination to determine if it was malignant and whether further treatment will be necessary.

Robin was being kept as a pet, meaning that he’s unable to be released into the wild after he recovers due to a lack of survival skills. The Four Paws sanctuary will keep him with their other animals. The staff there believes that the orangutan’s castration might actually have a positive effect on his ability to socialize with the other primates on the premises.

Here’s hoping that Robin has a full recovery and lives out the rest of his life – orangutans can reach 45 years of age in captivity – in comfort and style.