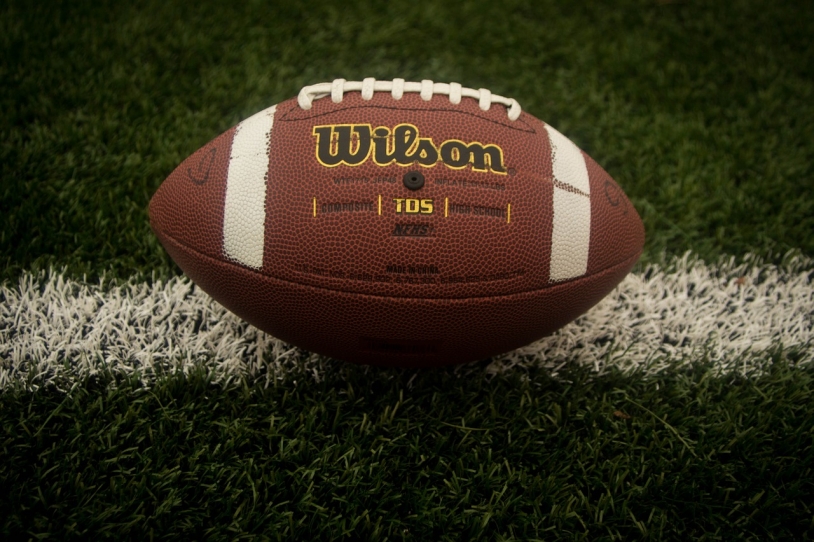 It’s a tradition in most levels of football, from Pee-Wee up to the pros, to make a big deal of rewarding the players who performed the best, or most admirably, or contributed somehow to winning the game. Oftentimes, college standouts, in particular, will receive a decorative helmet sticker, and of course trophies are common prizes as well.

Another, more symbolic tradition is the designation of “game balls”. Like “Gatorade baths”, or “Xerox” the term has been genericized to include a swath of post hoc kudos, for instance, the team-by-team MVP awards given by NFL beat writers with nothing else to do at the end of a regular season.

Playoff time is upon us, and so the NFL folks at ESPN have taken the opportunity, since most of them will have the next couple months off, to collect their thoughts and decide who carried the banner for their respective teams this season. Many of these game balls make a good deal of sense: Cam Newton, the league’s presumptive MVP, is of course his own team’s best player; Tom Brady is a similarly open-and-shut case. But other selections were a little wonky, such as:

Phil Dawson, 49ers — San Francisco had a terrible year,  and there’s no obvious choice, but you can’t pick a kicker for team MVP. Just can’t do it.

Defense, Broncos — Same here, this is such a cop out. You cover a team all year and can’t pick out just one defender for MVP? Come on. Von Miller had 11 sacks and 4 fumble recoveries, while Brandon Marshall had 102 tackles. Pick one!

Eli Manning, Giants — According to Dan Graziano, Odell Beckham, Jr. played his way out of the (meaningless, not real) award by being suspended 1 game for his role in an on-field fight. Of course, the Giants weren’t making the playoffs anyway, which is sort of Manning’s job. Hello?

Delanie Walker, Titans — They got the first pick. There was no MVP.

Some of these guys clearly need an offseason to reset. 17 weeks of bad football is just too much.