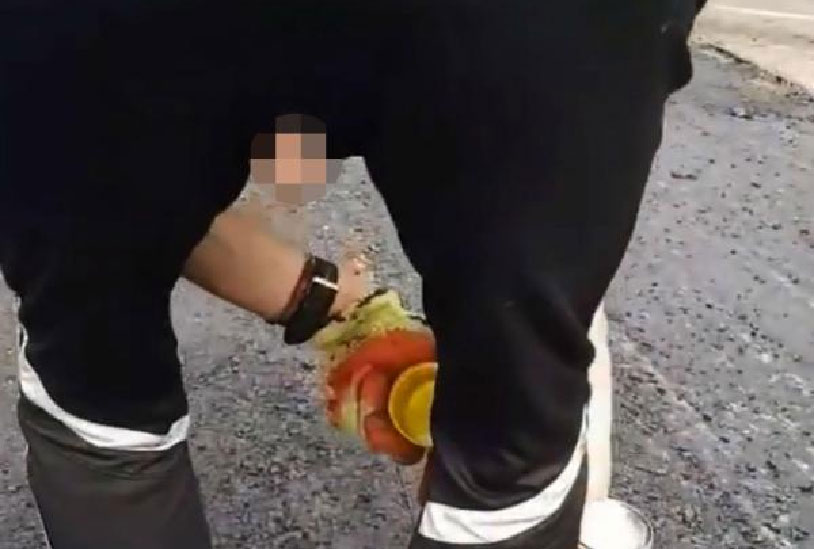 They say “dress for the job you want,” but for one Scottish road worker, a pair of underpants might have been a good idea. A Facebook video went viral in Scotland recently that depicts a man named Johh MacDonald on the site spraypainting markings on a recently paved road. Apparently the strain of bending down to paint was too much for MacDonald’s trousers, as they ripped clean in two and let one of his bollocks loose.

Unfortunately for him, he was being trailed by a fellow road worker named Kenny McGowan who had his camera out and ready to record all of the shenanigans. MacDonald seems to take the ribbing in stride, commenting that it’s sticking out because he doesn’t have an erection. After the clip was posted on McGowan’s Facebook, it attracted thousands of views and appreciative comments.

MacDonald is now a true legend in the hallowed halls of the Ball Report, and even though his wardrobe malfunction might have been a little embarrassing, we have to give him props for embracing his viral stardom. Let’s just hope his mates get together and pool their dosh to buy him a few new pairs of underpants so this won’t happen again.