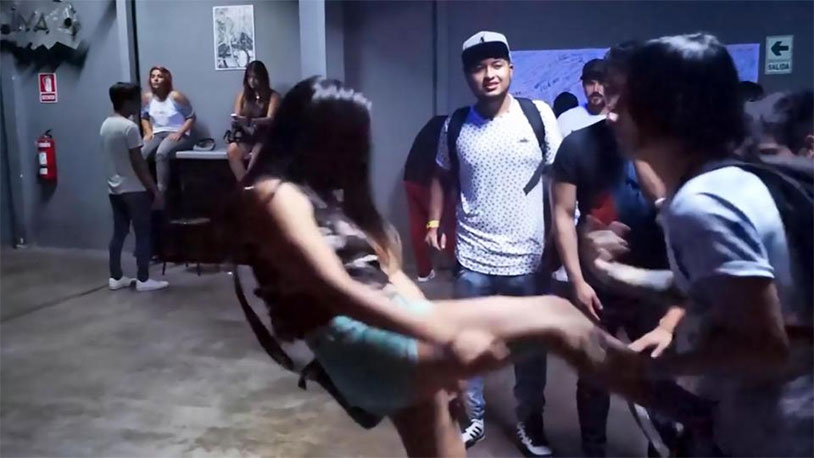 The quest for YouTube views is one that has brought people to some pretty strange places, but one vlogger’s choice to play a dangerous game of rock paper scissors ended up sending him to the hospital with severe testicular damage. The vlogger in question is named Will Zeven, and he’s a pretty big name in his native Peru.

His videos are in the “street pranks” genre, where he goes up to random strangers with odd propositions or bad behavior. The clip in question had him wagering with young women – if he could beat them at rock paper scissors, he got to kiss them on the lips. If Zeven lost, the girl could punt him in the balls.

You can probably guess what happened here. The vlogger was the recipient of a brutal, whip-fast kick to his scrotum that left him crumpled in agony on the ground. Three weeks later, he finally went to the hospital, where doctors diagnosed him with testicular post trauma explosion. Turns out the girl knew karate and was no ordinary kicker.

Here’s the video of the incident.

And here’s the follow-up, where Zeven ends up in the hospital taking care of his ballsack. He doesn’t regret his actions and claims that he’ll still be able to function normally, but warns any other vloggers wanting to try the “kiss or kick” challenge to wear protection.

The Sun has the whole sordid story.