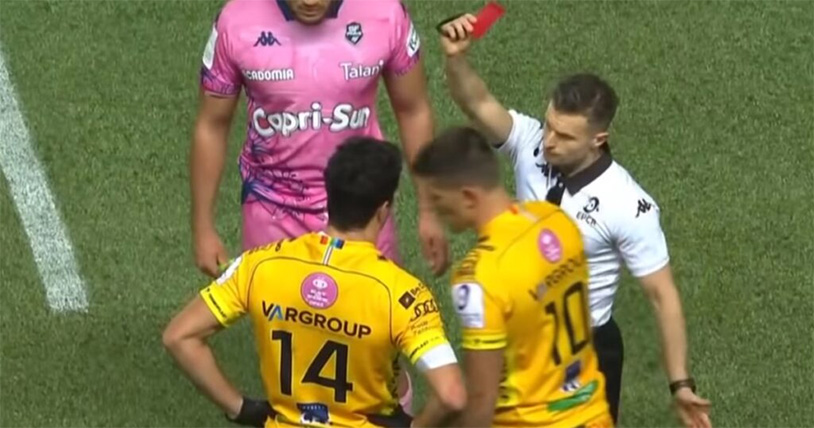 Rugby is a rough and tumble game, but the referees still try to keep things orderly on the field by throwing down red cards when players push things too far. In a recent match between Stade Francais and Benetton in the Challenger’s Cup, two men got sent off the field at once after an apparent testicular clawing.

The score was 25-8 with Benetton up in the first half when, in a collision, a Stade player reached out and gripped the gonads of a member of the opposing squad. In a effort to free himself from the crotch crush, the Benneton player lashed out with an elbow directly to his foe’s neck. A referee observed the entire fracas and doled out a pair of red cards, one for each player.

The game was halted while video footage of the incident was reviewed from multiple angles. The replay backed up the ref’s decision and both players were taken off the field. As of press time, no additional disciplinary action has been taken against either player, but that could change as the Challenge Cup officials mull it over. It’s the second major testicle-related incident in rugby this year after the vicious grab by Joe Marler on Alun Wyn Jones.