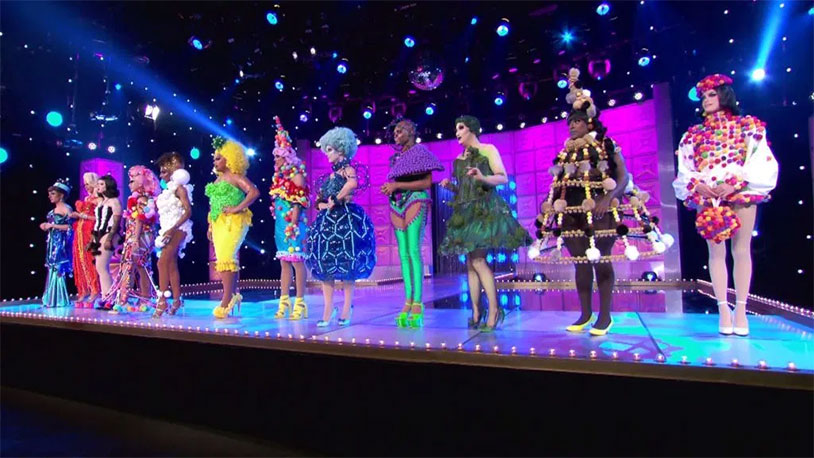 Traditionally, the competitors on RuPaul’s Drag Race get the Ball Challenge towards the end, when the herd has been whittled down a little bit to give each queen more time to shine. But this most recent season changed things up considerably, with an episode devoted to not one but a trio of balls-related challenges. And reader, we were there for it.

The queens were required to deliver three different Drag Race looks – Lady Baller, Basketball Wife Realness, and “Balls to the Wall Eleganza.” They were given a tremendous amount of leeway in terms of how they interpreted that trio of concepts, and some rose to the occasion while others floundered.

The winner of the night was Gigi Goode, who dazzled with a Heathers-themed look for the first round and a spectacular dress in the final. The bottom three were Brita Filter, Rock M. Sakura and Aiden Zhane, with Aiden made safe, leaving the other two to lip-synch for survival. Sakura was the loser there, which is pretty sad because we thought she had a lot of potential.

The great competition grinds on, with only one queen fated to make it all the way to the end. We can’t promise any more balls-related thrills this season, but we enjoyed the brief taste we got.