Russian Man Has His Balls Stolen In A Bar 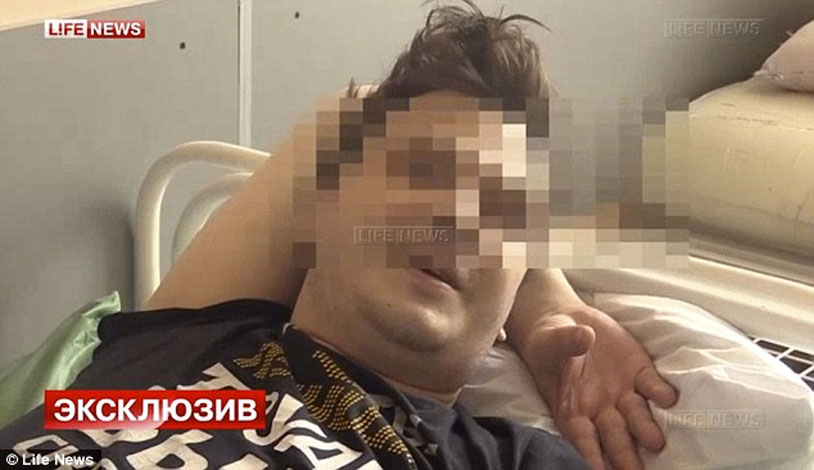 We all know the old urban legend where a dude traveling in a foreign country – usually somewhere in South America – hooks up with a hot babe in a bar and wakes up in a bathtub full of ice with his kidney missing. Typically we don’t give a lot of credence to these stories, but leave it a Russian man to actually make it happen.

Meet Dmitry Nikolayev. He’s a 30 year old actor who lives in Moscow. His biggest roles have been on soap operas, but he also does small theater gigs as well as working as an animator. He’s happily married, but that didn’t stop him from chatting up a lovely blonde at a bar after a performance. It was that indiscretion that would be his undoing.

After they talked for a bit, she suggested they go to another location. Nikolayev agreed, and the next thing he knew he was waking up at a bus stop with a sharp, throbbing pain in his nether regions. He looked down and his groin was soaked in blood, at which point he did the only correct thing: panic.

An ambulance rushed him to a local hospital, where doctors examined the scene. Both of his testicles had been removed by a surgeon of no small skill. The hypothesis is that the blonde woman is the point person for a gang of organ thieves that sell their spoils on the black market, and somewhere out there an impotent dude is getting Dmitry’s boys sewn into his sack.

At least we hope that’s what’s happening, because any other use for a pair of human testicles is just too disturbing to think of. This is one Russian man who will probably think twice before fooling around on his wife again.