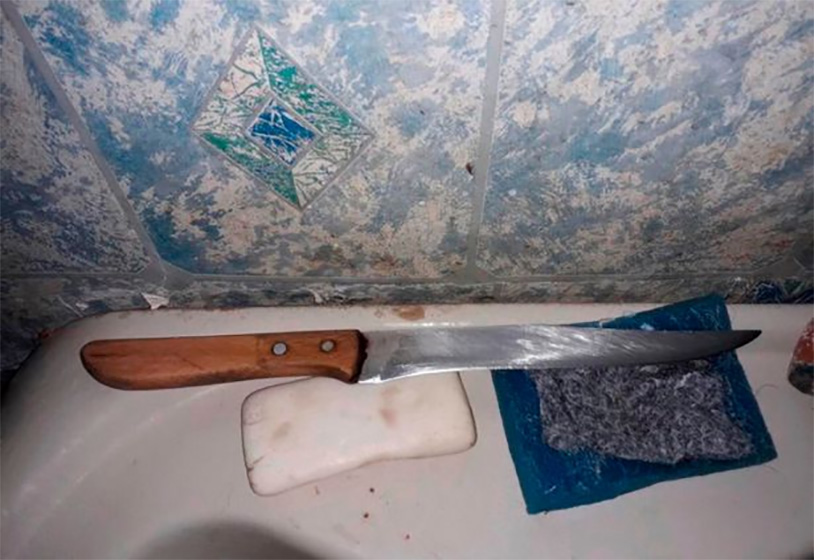 One of the most important rules in the dating world is never mess with a girl’s parents. As this terrifying story tells, that goes double for a Russian mom.

Two people from Borovichi in the Novgorod region of Russia have been taken into custody following a particularly gruesome crime. Authorities allege that Dmitry Bogdanov, 32, met with his former mother-in-law and her partner for a drink. Bogdanov had fathered a son with the woman’s daughter before they split up and was apparently refusing to pay child support.

The discussion turned acrimonious and eventually the Russian mom couldn’t take much more, grabbing a knife and stabbing Bogdanov until he fell to the floor. At that point, her boyfriend joined in, delivering multiple wounds to the unconscious man. The pair then made the bizarre move of cutting off Bodanov’s scrotum and winging it out the window, presumably in a fit of insane rage.

After things calmed down, the woman called her daughter and confessed to her. The younger woman immediately called the police, who moved to take the murderous pair into custody. They initially denied the crime but later confessed and are being held on murder charges.

The real lesson to learn here, besides “pay your child support,” is don’t get drunk with the angry Russian mom of your ex, no matter how good her vodka might be. The price you pay could be both your life and your balls.