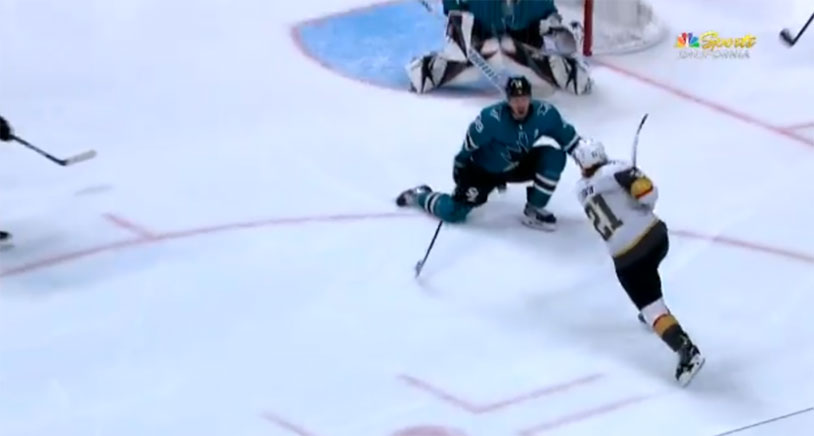 The record for the fastest slap shot in an NHL game stands at over 105 miles per hour. Even an ordinary player is capable of whacking that three-inch disc of vulcanized black rubber at ungodly speeds. And when you’re playing defense, sometimes it’s hard to get your stick or your gloves in front of it before it’s too late. That’s what happened to Logan Couture of the San Jose Sharks this week when he intercepted a shot on the goal with his groin.

The Sharks were playing Vegas and were down 4-3 in the second period. Things looked to be turning around when a penalty granted them a power play, but they couldn’t keep control of the puck and Vegas’s Cody Eakin flicked in a shot at the goal, but Logan Couture was in the way. In good defensive style, he widened his legs and lowered his torso to block the puck, but the angle his legs moved at unfortunately resulted in the shot blasting right into his nutsack. Here’s the video.

Thankfully the injury wasn’t terrible and after resting on the bench for a bit Couture was back on the ice for the third period. We’ll keep you up to date on the state of his nuts.