Do You Know About The Scientist Who Turned His Balls Into Worm Incubators? 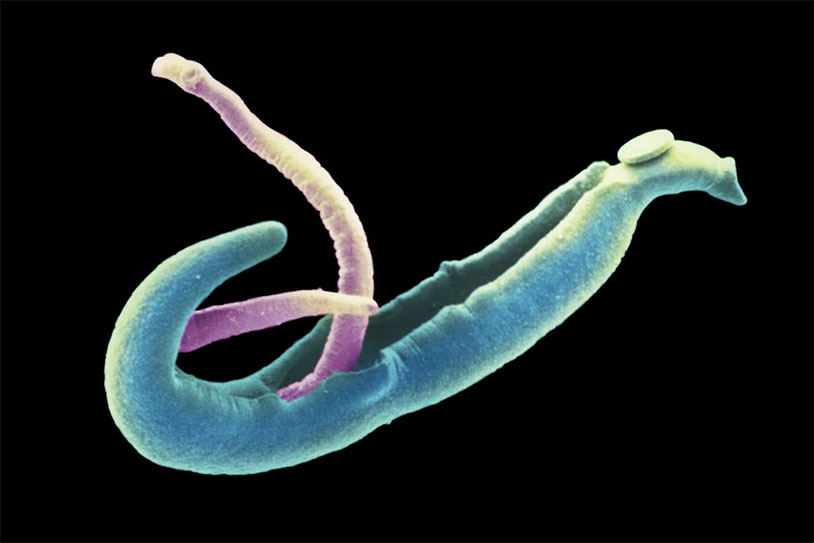 When a scientist needs to test a theory, they do it through experimentation. That’s the only way to determine whether ideas work in the real world. Typically, those experiments are done in a regulated laboratory situation, with multiple data recorders and test subjects to cover as many bases as possible. And then there was Dr. Claude Barlow, who wanted to test the reproduction of a parasitic worm that causes the disease schistosomiasis.

Barlow had a thesis – that U.S. soldiers could contract the disease and then transmit it to snails upon returning to the United States. If that happened, it could cause uncontrolled spread of the trematode worms and the disease they carried, which causes all kinds of incredibly nasty gastrointestinal symptoms up to and including death.

To test it, though, Barlow needed a supply of the worm eggs and a bunch of snails to test them on. But you couldn’t just make worm eggs in a lab back then, so he put 224 schistosome larval worms into his arm and let them burrow into his skin. They would then migrate to his testicles and start laying eggs there, where they would come out with his semen, which turned a sickly brown color.

The experiment destroyed Barlow’s health, as the worm infection caused him massive distress including blood in his urine and needing to go to the bathroom every 20 minutes. It took a year and a half for him to clear the parasites out of his system. Even worse, his university was unable to secure a supply of snails for him to infect, meaning the whole experiment was for nothing.