Scotland Once Had A Hurricane Bawbag 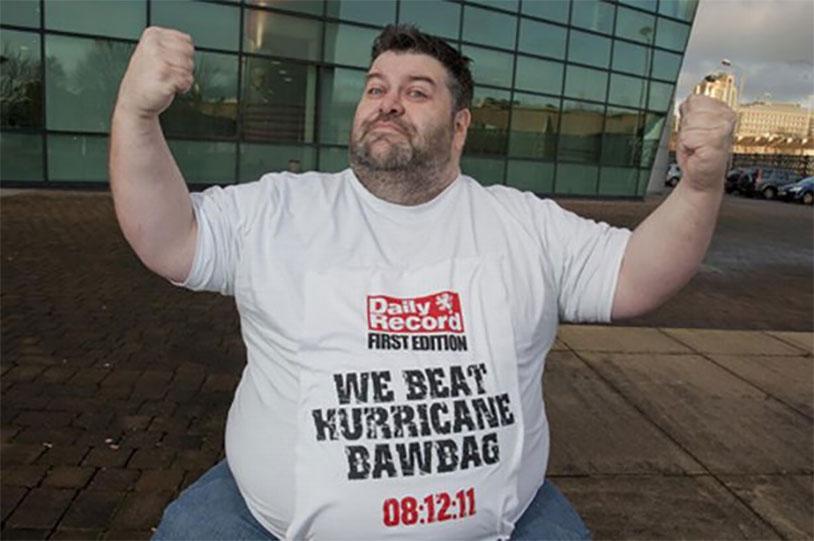 Hurricanes are named by an international consortium of weather professionals that choose human names based on an arcane list that changes every year. But when a freak storm blew up on the coast of Scotland, local observers decided to give it a little local flavor by calling it Hurricane Bawbag.

Bawbag, which is regional slang for the scrotum, was summoned into life when the Metropolitan Weather Service issued a red weather warning for the central belt of the country. This was the first time in recorded history that a wind warning of this intensity was issued in the United Kingdom. Schools were closed and citizens urged to stay indoors, and for good reason.

The storm hit on December 8 of 2011, with winds reaching 165mph and thousands of people losing power. The technical name of the storm was Cyclone Friedhelm, but Glaswegians had a different name for the bugger: Hurricane Bawbag. The new moniker began to trend on Twitter shortly after the storm was announced, with hundreds of people chiming in.

Newspaper the Daily Record even made shirts to commemorate the storm. Scotland is now getting ready for another major dust-up with Storm Ciara, which has yet to receive such an amusing nickname.