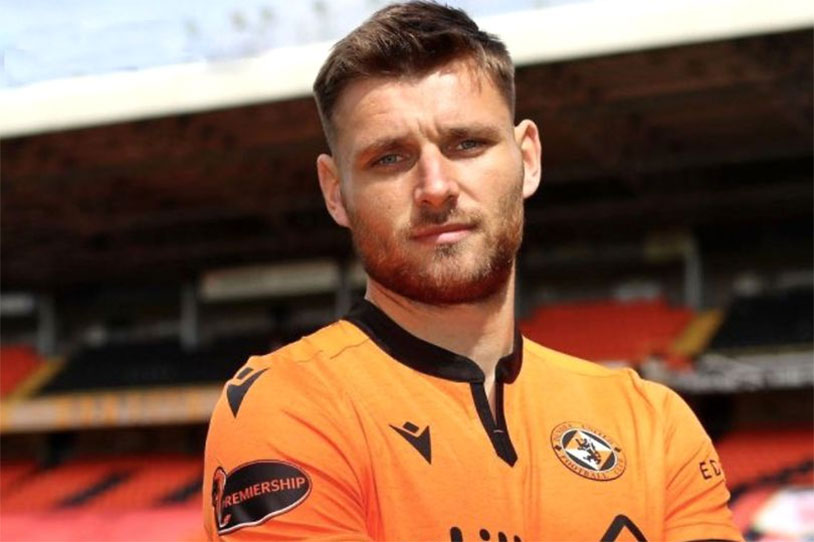 We want to spotlight stories about testicular cancer survivors wherever we can find them, and the success of 26-year-old Ryan Edwards on the soccer field is definitely a cool one. The up-and-coming football star had been playing for Blackpool prior to inking his two year deal with Dundee United, and he’s been open about the resolve and inner strength that fighting the disease gave him.

Edwards was first diagnosed with testicular cancer at the end of 2017. He had noticed a lump in one of his gonads but opted not to do anything about it. His brother had been diagnosed with a harmless testicualr cyst in the past, so he thought it was no big deal. Then he started noticing his energy levels decreasing, which is a big deal for a soccer player. Thankfully, after a game at Home Field he changed his mind and went to his doctor to get it checked out. It was a tumor, and he needed to have immediate surgery.

The subsequent courses of chemotherapy and radiotherapy kept Edwards off the pitch for some time, but his love for the game fueled his campaign to get back in playing shape. He gradually built his strength back up and in his return season nailed a goal in the opening game, a truly emotional moment. Now he’s looking forward to bringing his skills to Dundee United.