These Screaming Gel Balls Are A Scientific Wonder 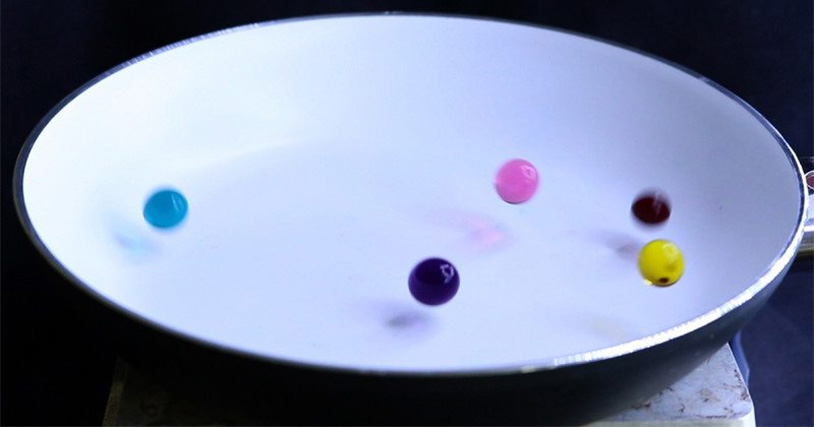 One of the most promising areas in scientific development is the world of soft robotics, creations that can deform their bodies to fit in unusual situations. Those soft robots are still in the early stages, but one of the biggest problems is giving them power. But a new discovery in the form of screaming gel balls that store up and release energy might be the solution.

A researcher at the University of Leiden in the Netherlands named Scott Waitukaitis was inspired by a YouTube video of polyacrylimide gel balls in a hot skillet – when the water-soaked balls hit the surface, they release kinetic energy with a loud squeak. Waitukaitis thinks these screaming gel balls can be used for something outside of YouTube clicks – to power robots.

He ran a couple of tests that showed some unusual behavior. If dropped from a height of lower than 4 centimeters, they would actually bounce higher until they reached that height. If dropped from higher, they would lose height until reaching 4cm. What a bizarre thing! But science is all about finding uses for odd behavior, and high-speed photography revealed a fascinating effect happening when the ball hit the pan. The surface would rebound around a dozen times, releasing steam with each contact and vibrating the air to make the squealing sound.

That reaction could be harnessed to make hydrogel robots travel at high speeds by heating the surface underneath them. Sounds cool!

New Scientist has more on the discovery.