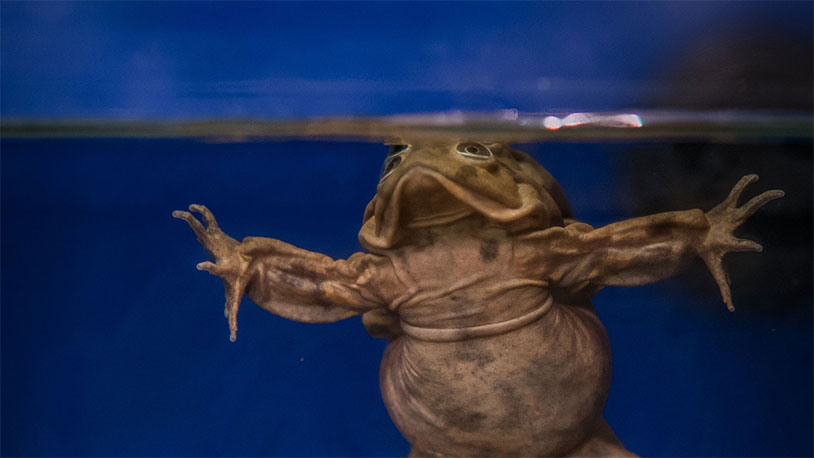 Here at the Ball Report, we obviously believe that every ballsack is beautiful and should be cherished. But it’s testing every inch of that dedication to say nice things about the South American scrotum frogs, dubbed such because the wrinkly folds of skin that they use to absorb oxygen from the water make them look a lot like an old man’s sack. These endangered animals are the subject of a new conservation effort that has them on display at an English zoo for the first time.

Officially known as the Lake Titicaca frog for their habitat in the large body of water on the border of Bolivia and Peru, these frogs have seen their numbers dwindle. Twenty of them have just been put on public display at London’s Chester Zoo for the first time so conservationists can study their behavior in more detail and hopefully come up with a plan to preserve them.

The frog population in Lake Titicaca has declined between 50% and 80% in the last 20 years as the animals are hunted, climate change reduces their habitat and pollution poisons the waters. Dr Gerardo Garcia, the zoo’s curator of lower vertebrates and invertebrates, told the press: “We’re very happy that we can now share our efforts to protect these frogs with the wider public, who will most likely be seeing them for the very first time during their visit the zoo.”

What do you think? Will you swing by to see the scrotum frogs?