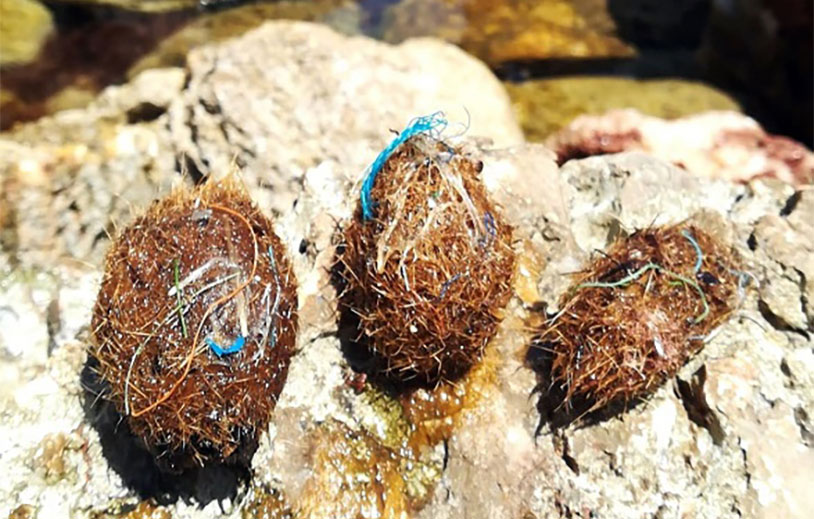 Mother Nature is a magnificent woman, capable of doing all kinds of things to repel the abuses of humanity. One fascinating example of how the ocean’s plant life helps ward off plastic pollution comes in the form of seagrass, which weaves itself into ovoid shapes beneath the waves. Divers have noticed these things for years, but now scientists are learning that they might be functional as well.

Seagrass serves as a breeding and camouflage location for a wide variety of creatures, including tortoises and dugongs. It also helps keep coastal areas from erosion and converts massive amounts of carbon dioxide into oxygen. That’s a heavy load for any plant, but it also works to isolate plastic particles in its free time.

The balls of seagrass found in its native zone are created by the pods that the grass fibers sprout from. Those fibers intertwine with dessicating plastic in the ocean to create the balls, which are then washed up on the shore by the tide. The packets, dubbed Posidonia balls, were studied by scientists off the island of Mallorca. They dissected samples and found that approximately 1470 pieces of microplastics were being collected for every kilogram of plant matter. It’s not enough to keep the whole ocean clean, but it’s definitely a step.