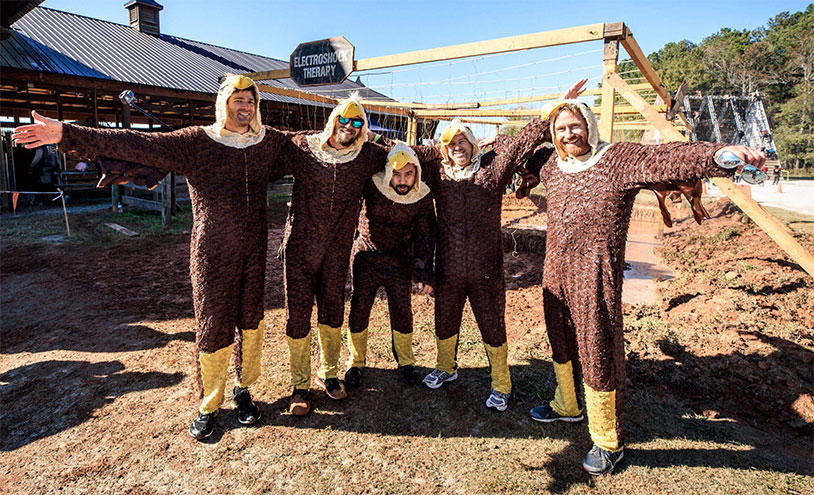 The Sean Kimerling Testicular Cancer Foundation is the organization behind the Ball Report, a tireless group of warriors building awareness of the disease and precautions to take against it for over a decade. In addition to bringing us the latest balls news every day, they fund all kinds of other initiatives. It’s been a rough year for fundraisers, but they’re partnering with Tough Mudder for something new. They call it Tough Turkey.

Taking place over the last week and change of Thanksgiving, Tough Turkey challenges participants to run a varying distance while also tackling home-made obstacles. Three different levels of toughness let you craft your team challenge, from a family-friendly 1K with one obstacle to a grueling 10K and ten different obstacles to tackle. If you’re familiar with the Tough Mudder, you’ll know what to expect – a physical test that will measure the limits of your endurance and ability while having tons of fun.

After you pick your challenge and put a team together, use GoFundraise to create a fundraising team and set the Sean Kimerling Testicular Cancer foundation as the beneficiary. Together, we can keep raising awareness, getting men to check ’em once a month at least, and fight the scourge of testicular cancer wherever it may appear.