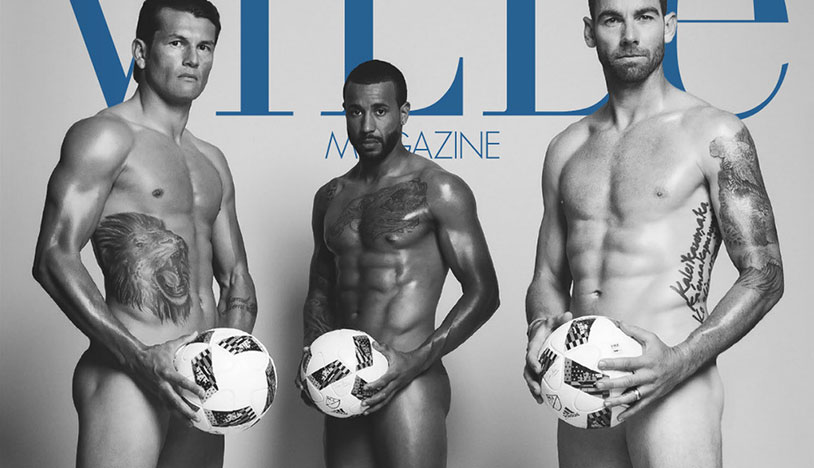 Seattle is a funny town – they don’t have a basketball team, but both mens and womens soccer are big business. The Seattle Sounders have been playing since 1974 through a variety of owners and organizations, and the 21st century team is a hell of a lot of fun to see play.

So when three of the team’s players decided to pose for a local magazine in the buff with nothing but strategically-placed soccer balls, we decided it was worth a post. Nelson Valdez, Tyrone Mears and Zach Scott appear on this month’s issue of Ville, a local rag, to talk about their training and fitness regimen, how they rebound from injuries, and staying motivated on the road.

Here’s the cover in all its glory, courtesy of the Seattle Times.

Also in the issue is an interview with the team’s director of performance and sports science Dave Tenney about how he keeps the players in such good shape, if you’re looking for some workout tips. It’s definitely worth a read, and you can check it all out over at Ville’s site.