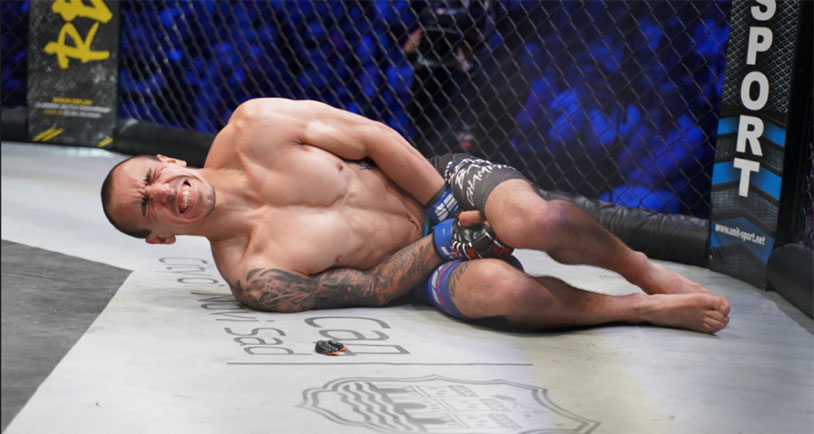 This weekend’s Serbian Battle Championship, which featured numerous mixed martial arts bouts in a steel cage, saw one match end in the first round after a stray kick landed below the belt and caused serious agony for a featherweight fighter.

The bout saw Nikola Egic and Nemanja Prhic facing off, and the assembled crowd was hype for it. The men circled and started throwing kicks, and what was intended to be a low kick to the outer thigh by Prhic went inside and nailed Egic right in the nuts. He immediately crumpled to the ground and the referee separated the men. In nearly every mixed martial arts promotion, groin kicks are squarely outside of the rules, and Serbian Battle Championship is no exception.

A decision was made to give Egic time to recover on the mat, but after the crowd watched him writhe in a prone position for five straight minutes, officials called it and cancelled the fight. The match was ruled a no contest. After Egic was escorted back to the locker room for medical attention, the rest of the program went on as scheduled.

The show’s main event also drew controversy, as a bloodied Goran ‘The Ghost’ Reljić was given a decision victory against Miro Jurković. It was a tough call, especially as a nasty gash on his head had Reljić looking like a character out of a horror film.