Serge Ibaka Takes A Pass Right In The Nuts 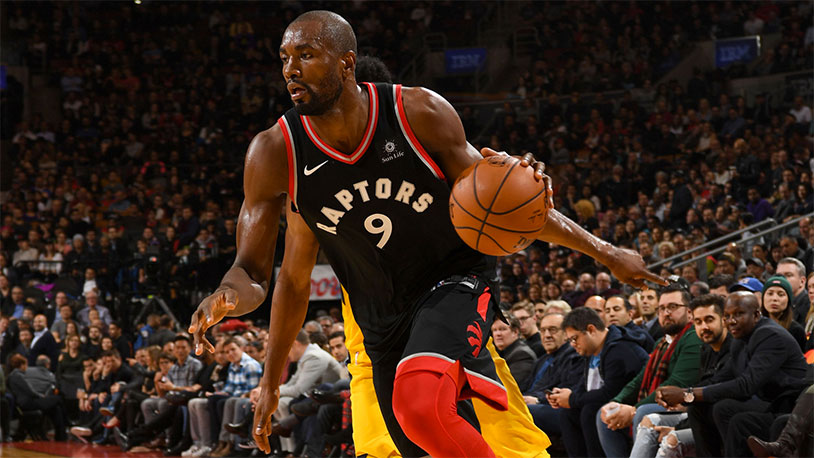 Toronto Raptors power forward Serge Ibaka had quite a night against the Washington Wizards in the NBA playoff openers, scoring 23 points in 33 minutes and leading his team to a decisive double-digit victory. But if there’s anything he’s going to remember about the game, it’s the pass made by Wizards small forward Kelly Oubre right to his nutsack.

Although winging a basketball into your opponent’s groin isn’t usually a smart tactical move, we need to delve a little deeper into the situation and examine what Oubre was doing. As the ball, which the Wizards had possession of, was heading out of bounds, Oubre couldn’t get full control of it. So he desperately slapped it back into the court, where it careened directly into Ibaka’s midsection and sent him crumpling to the floor before bouncing out.

Basketball calls possession based on the last person to touch the ball, and since that was technically Ibaka it was awarded to the Wizards. Not only did Oubre temporarily incapacitate one of the Raptors’ biggest threats, but he kept the ball while doing it. Now that’s some high-level basketball!

Watch it for yourself here:

We’ll see if the injury has any repercussions on Ibaka’s performance, but one doubts that this little technique will work again.

Thanks to Deadspin for the tip.