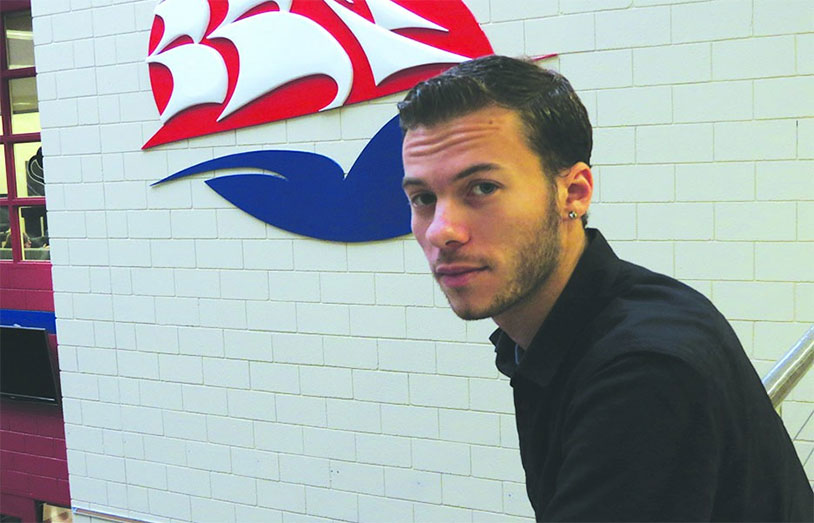 Here at the Ball Report, our main goal is getting you to reach down into your boxers or briefs and perform a testicular self-examination at least once a month. Getting to know your nuts will help you notice anything out of place that could be an early warning sign of cancer. That’s why we were psyched to read about a young man named Jason Greenspan, who noticed a strange itch on his sack while watching TV. As he investigated, he found an odd lump and it turned out to be cancer.

Greenspan, now a senior at Shippensburg University, was diagnosed immediately and put into treatment, with an initial unsuccesful surgery followed by chemotherapy. Once he got out of the hospital, he turned his attention towards making sure other young men survive testicular cancer. His idea? “Ships Got Balls,” where he reaches out to the male student body at his school and beyond and tries to get them to perform a groin exam at the same time.

He’s angling to get 209 people on board, which will get the gathering into the Guinness Book. But even if he doesn’t get immortalized forever for organizing a giant group grope, he’s still doing good in the world. He says “If you don’t feel comfortable telling your parents, go to a doctor to have them check it out. It’s better to be safe than sorry.”

There’s always a little embarrassment associated with testicular care, but there shouldn’t be. We’re all just people, and balls are body parts just like elbows. Getting together with the boys and cracking a cold one before giving your junk a once-over is totally normal and actually pretty awesome.

Read more at The Slate Online.