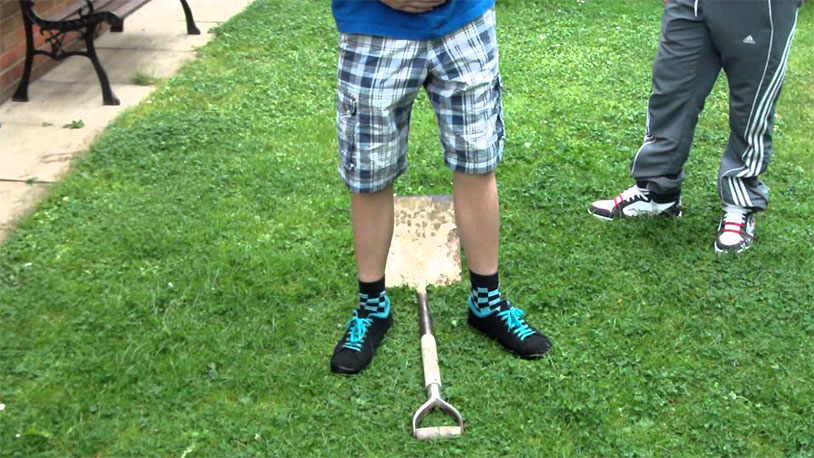 Sometimes you just need a little bit of schadenfreude to get through the day. Watching other people suffer can be remarkably satisfying. What other reason could we have for putting together this handy visual playlist of people taking shovel shots to the balls?

This first one adds insult to injury by having the victim be blindfolded. As he lifts his weights peacefully, he has no idea that his friend is preparing a brutal shot to the groin with a shovel.

Here’s a solid one where the victim is the cause of his own shovelation. The setup is simple: trick a guy into throwing a cinderblock over his head, not knowing that it’s going to smash up a levered shovel.

Another variant on the same formula, this one from somewhere in India and with a log of wood instead of a cinderblock.

And another one. The pained howling of the victim after the shovel handle impacts his groin is hard to listen to.

This guy was ready for it, which doesn’t make the shovel to the nuts any less painful.

These are all sort of starting to run together for us. So many shovels, so many idiots.

Let’s end this with the worst possible video, that not only introduces a shovel to a poor sucker’s balls but also folds in florescent light tubes and fire to really ramp up the agony.

So there we have it. Is that enough shovels to the nuts for you? If not, we’re sure YouTube will serve more up any time now.