Silver Balls: The Best Pinball Machines Of All Time 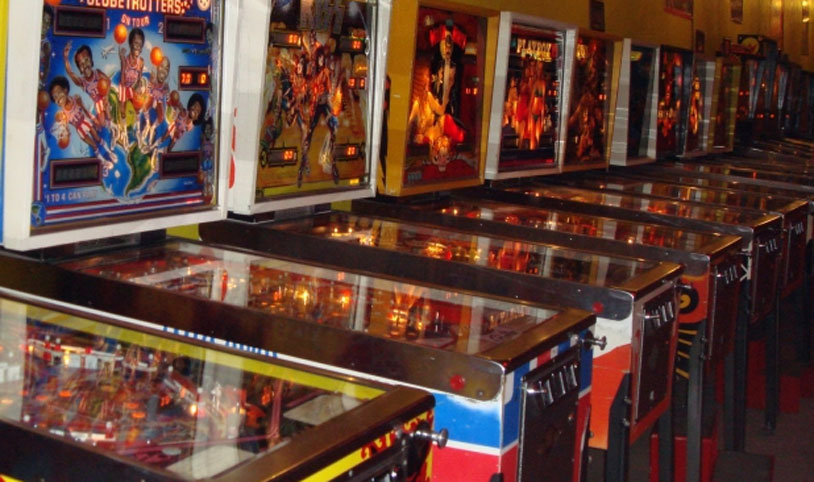 In the days before video games, arcades were stuffed wall-to-wall with pinball machines. These spectacular feats of engineering ingenuity incorporated a wide variety of tricks and gimmicks to keep people pumping in their pocket change. Hundreds if not thousands of different tables were produced, but a few stand out as all-time classics. In this feature, we’ll share our picks for the best pinball machines of all time.

This 2003 Stern release designed by George Gomez is probably the best example of maximalist late-era table design. As befits a fantasy trilogy with something like a million different characters, there is a lot to do here, from collecting each member of the Fellowship to making trick shots through a lit up One Ring to initiate various modes. The mechanisms feel good and the table is quite fair, making it a good choice for more casual players, but there’s still a lot of depth to it.

This 1997 table has a lot to love about it, including voice acting by a then-unknown Tina Fey! Medieval Madness was designed by Brian Eddy and programmed by Lyman Sheets and incorporated a lot of cool features. The primary target is a castle in the middle of the playfield that shooters need to destroy by first opening the drawbridge. One of the nicest things about the table is a feature that prevents failed ramp shots from draining down the middle, which is always painful.

Many games from the “mechanical era” of pinball don’t hold up that well in the modern age, but Gottlieb’s 1978 Joker Poker table has staying power. The playing field is compact and well-designed, with pop-up targets representing various values of cards you need to knock down to complete your “hand.” No ramps, but you almost don’t miss them.

A great personality can be what tips a pinball machine over the top into the pantheon of classics, and Funhouse has that in spades. In the top of the playfield sits Rudy, a ventriloquist dummy head that talks smack about your play as you shoot the ball. Here’s a little trivia: he’s voiced by Mortal Kombat creator Ed Boon! Rudy even follows the ball with his eyes around the playfield, which is amazing.

Considered one of the most ambitious pinball tables of all time, Pat Lawlor’s 1993 machine for Midway featured so many gimmicks that it had to be built with a special wide-body frame to hold them all. The playfield features an area in which magnets, not flippers, move the ball around, a working analog clock, and a special ceramic “Powerball.” Even with all this stuff going on, it’s still a pleasure to play.

What makes a pinball machine great? In our books, it’s all about feel. Shots and ramps should be feasible to hit but not too easy, and getting into the groove of the table should make you feel superhuman. Williams’s 1998 table Taxi has a fun progressive jackpot that needs to be scored in a single ball as you pick up all five passengers, and nailing it is seriously pleasurable.

4. Creature From The Black Lagoon

The holographic gimmick in the center of this table got a lot of attention, but the mechanics of the game are worthy of plenty of praise. Designed by John “Dr. Flash” Trudeau, this table has some nice-feeling ramps, a solid randomized trick shot in the middle, and a wide gap in the middle keeps things challenging.

3. Tales Of The Arabian Nights

Widely regarded as one of the most physically attractive pinball tables ever made, this 1996 Williams table is a joy to play. Designed by John Popiaduk Jr, it has a gorgeous backglass and an enticing play area with a “flying carpet” ramp and a magic lamp to summon djinns for bonuses. One cool feature is the ability to light “shooting stars” which grab balls before they drain in the outlanes.

2. The Machine: Bride Of PinBot

The original PinBot was a solid table, but the 1991 follow-up from Williams took things to the next level. Anchored by a creepy (and sexy) robot woman on the backsplash, the table’s narrative tasks you with making this artificial woman real. You do this by shooting a pair of balls up to become her “eyes” and initiating multiball. The diverse playfield and sultry voice samples make this one a classic.

Bally’s 1992 table lands at the top of many of these lists, and for good reason. They shipped some 20,000 units of the game, making it near-ubiquitous for a decade after its release. Pinball aficionados rave over the flow of this game – every shot you make advances some kind of award, and there are plenty of things to do. Hitting the lit “electric chair” in the center of the playfield lets you compete for a wide variety of mansion bonuses that score millions of points, and the game’s ramps are just hard enough to shoot. Designed by Pat Lawlor, The Addams Family represents the pinnacle of 90s pinball design.