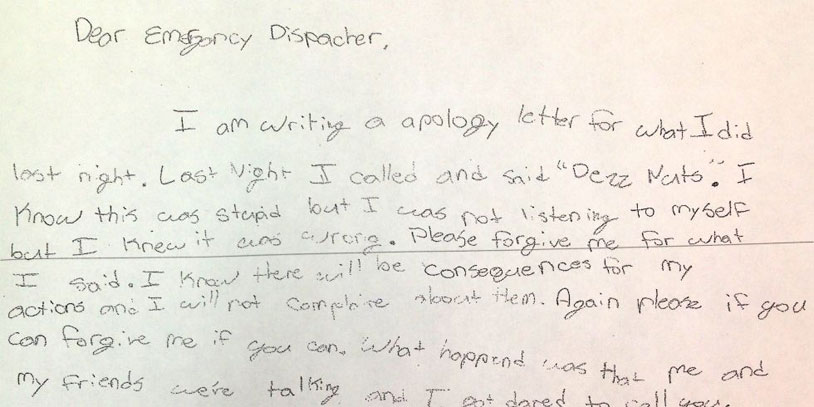 Let’s be clear right off the bat: we in no way encourage prank calling emergency services, as it has many unwanted repercussions. When a 6th grader in Georgia got dared by his friends to call 911 last week, he yelled “Deez Nuts” at the dispatchers before hanging up. His parents found out about his idiotic deed and, like they should, had him not only write out an apology letter but also marched him down to the 911 dispatcher’s office to read it out loud to the workers there.

The Savannah-Chatham Police Department took the letter and posted it on their website as a warning to any other young offenders who might try to “deez nuts” the emergency operators. As an adult, you face misdemeanor charges of up to a year in jail as well as fines of around $10,000 for each call.

The chastened youngster is still being kept on “lockdown” by his parents, hopefully without access to a phone.