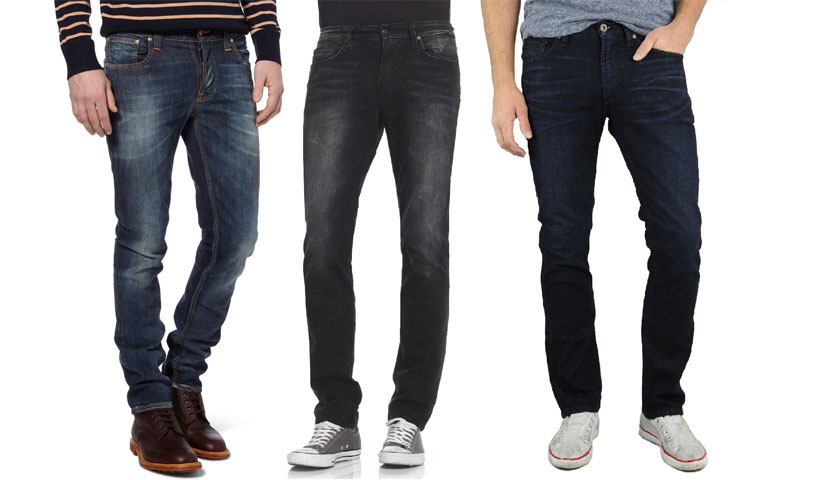 Thankfully it seems like the ultra-skinny jean trend has mostly evaporated, with the hipsters of Brooklyn moving back to more comfortable fits (probably on account of those so-hot “dadbods.”) But there are still stalwarts out there rocking the tight denim, and we would be remiss if we didn’t warn you that there are potentially unpleasant consequences to wearing your skinny jeans too tight.

Let’s start on the other side of the fence, though. A medical case study released this week in the Journal of Neurology, Neurosurgery and Psychology told the tale of a young woman who put on her skinny jeans to help a family member move. On the way home, she fell on the ground with her legs paralyzed for several hours until being taken to the hospital.

Doctors there discovered that the tightness of her pants had caused edema in her legs – her tissues had trapped excess fluid, causing them to swell up and prevent her from moving. They had to cut the jeans off with surgical shears, and her file notes that she suffered nerve damage as a result.

Pretty awful, right? Wait until we get your balls into the mix. In 2012, a team of British scientists conducted a survey of 2,000 male skinny jeans wearers. Their findings were unpleasant to say the least. One in ten reported negative physical side effects from their trousers, including groin pain, urinary issues and – worst of the lot – 40 of them had twisted their testicles.

It’s not worth it, dudes. Give your boys a little room to breathe, ditch the skinny jeans and keep your nutsack un-twisted. Fashions come and fashions go, but your balls will be with you until the day you’re lowered into the ground.