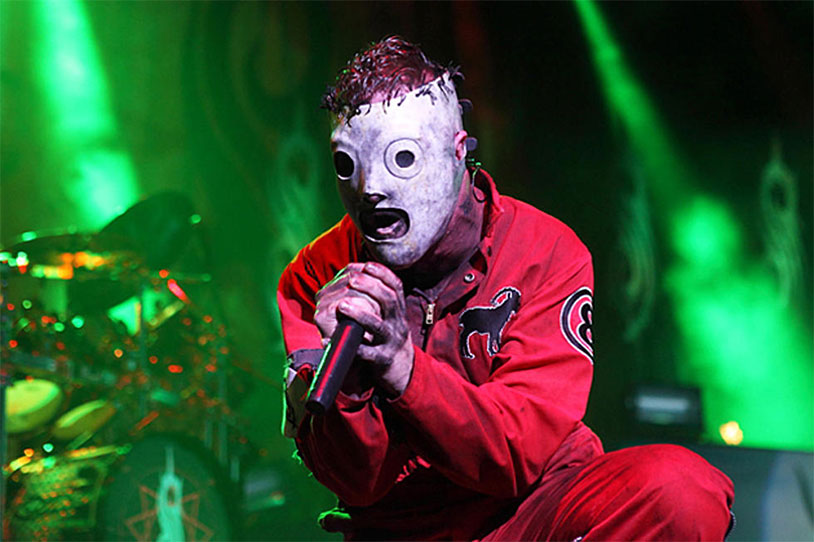 Talk about suffering for your art! A recent interview with Slipknot frontman Corey Taylor popped up on our radar because the singer managed to tweak his nutsack by straining for hair metal high notes.

Being the lead singer for a band, even one as wild and aggressive as Slipknot, requires you to keep your instrument in tip-top shape. Taylor’s vocal delivery is inspired by Mike Patton of Faith No More and includes a bunch of different techniques, from death metal-esque growling to rapping and more traditional melodic singing. So he was doing warmups the other day by practicing some 80s songs by Dokken.

Unfortunately, he pushed his range a little too far and, in his own words, “blew out the left testicle.” He announced the injury on Twitter, and we’re not 100% sure if he’s being serious. If he is, it comes at a pretty poor time for his band, as Slipknot is set to release their sixth album, We Are Not Your Kind, on August 9th. If Taylor’s groin explosion is legit – and stranger things have certainly happened – we wish him a swift and pain-free recovery. If it’s fake, well, you got us and hopefully karma won’t come pay you a visit.

Thanks to Alternative Press for the tip.