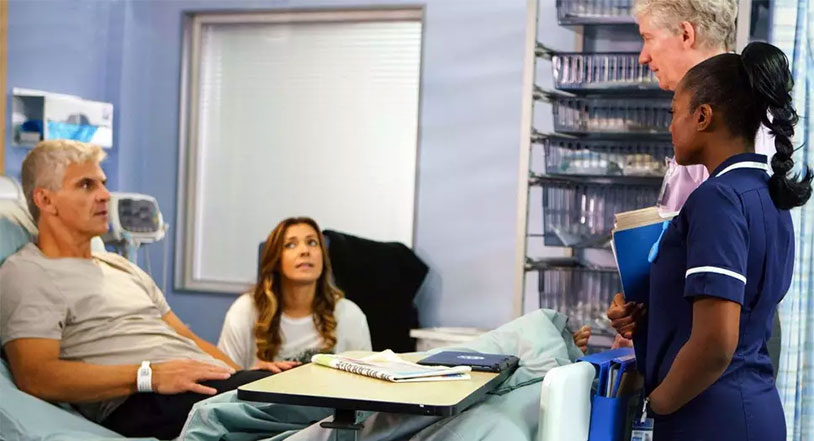 Awareness is the name of the game here at the Ball Report, and whenever the mainstream media decides to shine a little light on testicular cancer we’re there for it. Now a British soap opera called Coronation Street can claim credit for a real-life treatment success story, as the show’s recent ball-focused storyline inspired at least one watcher to check ’em and head to the doctor.

Last November, the show ramped up the drama with Robert Preston, played by Tristan Gemmill, nosing around in his groin and finding a lump in his ballsack. Like any good man should, the character headed to his GP and got a diagnosis. Viewer Rob Wray has been a longtime fan of the soap, and after watching Robert’s journey through cancer decided to reach down and give himself a testicular self-examination. It only takes a minute, and Wray’s quick check could have saved his life.

He felt an odd lump in his family jewels and swiftly was in for an operation to remove the tumor. His doctor says it was malignant but Wray and his husband Emily haven’t seen any signs that it’s spread to elsewhere in his body, which is good. The duo sent a message to Gemmill and the rest of the soap opera’s crew thanking them for the storyline.