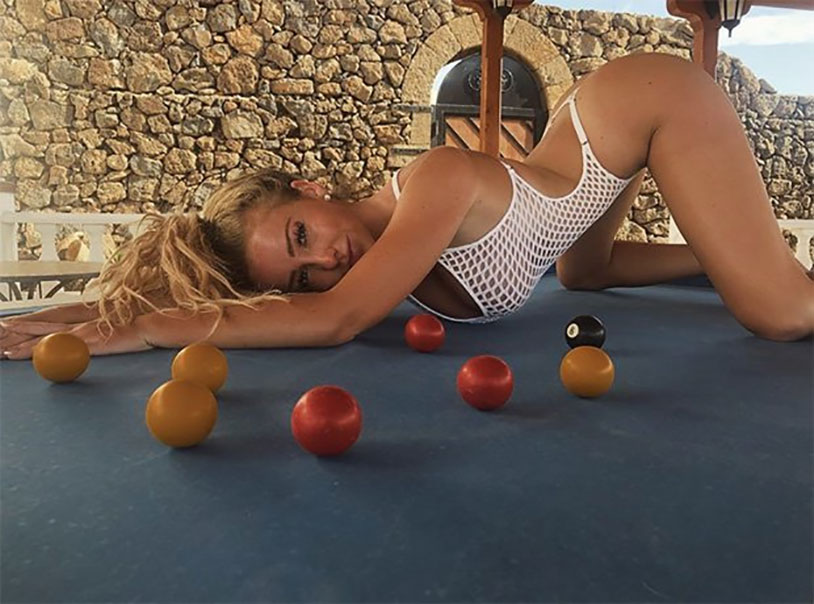 Instagram has been quite the boon for actresses, singers and other influencers seeking a little more attention in their daily lives. Where they used to have to putter around and hope for paparazzi to cross their paths, now they can just produce their own photo shoots and get them right to the thirsty fans. What does this have to do with balls, you ask? Well, British soap Coronation Street star Beth Morgan just unleashed a little IG video where she’s writhing around on top of a pool table in a mesh bodysuit.

Morgan is notorious for using Instagram and other social media to tease her followers. She started out on Coronation Street in a plotline where she played a stripper, so it’s not surprising that the former glamour model has continued along similar lines since leaving the show. She was let go for posting unauthorized images of herself in costume, potentially spoiling the storylines, but she’s managed to stay in the headlines for her social media exhibitionism.

With 25,000 followers on Instagram, obviously Morgan is doing something right. Hell, she got our attention. Wonder how good she is at actually playing pool?

See more at the Daily Star.