Soldier Who Had Testicles Blown Off Fathers Child 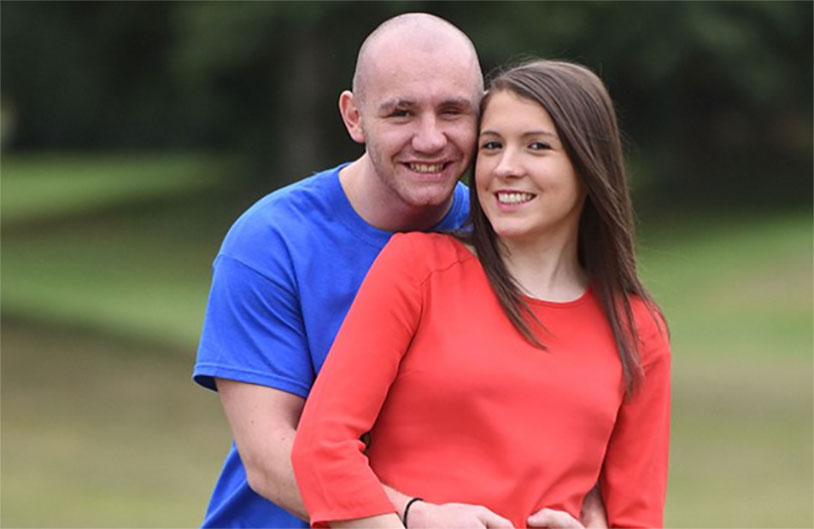 Here’s one for the “medical miracles” file. Shawn Stocker is a Welsh soldier who proudly served his country in Afghanistan. While on patrol in 2010, he was caught in an explosion from a roadside IED. The blast was potent, destroying both of his legs, his testicles and leaving him blind. But, with the quick thinking of military doctors, he not only survived but was able to return home and father a child with his fiancé.

Stocker was retrieving a grenade from a stockpile of dried poppies when he accidentally stepped on the roadside bomb. The explosion was enormous, putting him in a coma for a staggering eight weeks while doctors worked furiously to save his life.

After Stocker was released from the hospital to return to civilian life, he despaired that he wouldn’t be able to have a normal life. With no vision, no legs and damage all over his body, it was a tough struggle. He underwent over 50 operations and was able to restore partial vision to one eye. While convalescing, he met Persia Haghighi and the pair began dating and getting serious.

As is the case with many relationships, the topic soon turned to children. Stocker despaired that he wouldn’t be able to give Haghighi a baby, but his doctors had good news.

His testicles had been destroyed, but the quick thinking of the medical staff on duty actually led to them extracting some of his sperm and cryogenically freezing it. There was no guarantee that the sperm would still be fertile, but the couple began in vitro fertilization procedures in March. The implant took and the happy couple are expecting a baby to be delivered by Christmas.