Soldier With Swastika Testicle Tattoo Gets 19 Months In Prison 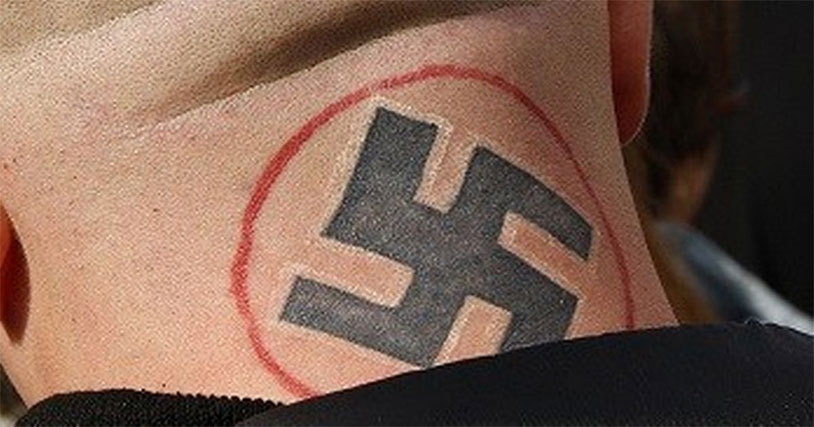 There are a lot of things that we don’t understand in this world, including much of TikTok, but one question that we don’t think we’ll ever have an answer for is why people are still obsessed with Nazis in the 21st century? There was literally nothing good about Hitler’s genocidal regime, so it’s an absolute puzzle why deadenders keep paying tribute to it. Case in point: this Austrian soldier who landed a year and a half behind bars for having a swastika tattooed on his ballsack.

Many countries in Europe and elsewhere have enacted a blanket ban on the swastika and other Nazi symbols, for the valid reason that they don’t do anybody any good. So when a 29 year old soldier drunkenly got his brother to tattoo the mark on his scrotum, it turned out to have repercussions beyond never being able to get laid again. After sharing pictures of the skin art online, the army began an investigation and found that the guy had more than a passing interest in Hitler’s goons, as he’d shared Nazi propaganda on his online profiles as well as pics of himself drinking Hitler-branded wine.

In court, he claimed ignorance, saying “I just got in with bad company. For us, anything that wasn’t allowed was something we gravitated towards, but we all underestimated enormously how much a mistake this was.” Typically that kind of thing stops before you get a symbol that indicates you like mass murder, but what do we know? Hopefully after 19 months in prison he’ll get laser surgery to zap that tat right off.