Somebody Brought A Butt-Shaped Nut To Antiques Roadshow 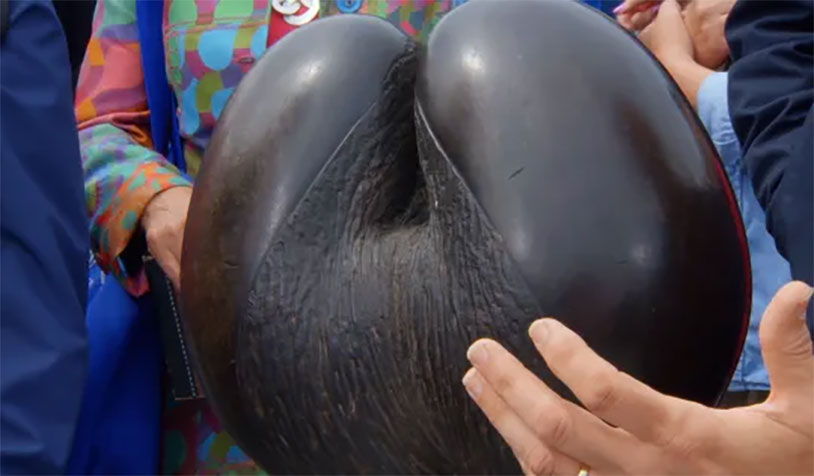 Antiques Roadshow is one of the most bizarrely satisfying shows on television, as people from all around the world bring out their buried treasures from attics, garages and storage spaces to see if they’re worth any money. People have hauled all sorts of unique objects to the studio, but recently on the British version of the show somebody showed an object that caught our eye: an enormous nut.

The nut is a coco de mer, also known as a lodoecea. They’re found in a very tiny habitat – just the islands of Praslin and Curieuse in the Seychelles. Because there is so much air inside the pods, the nuts would float all over the world and be found by confused sailors, who once believed they grew on trees beneath the sea.

The nuts from the palm plant were often harvested by traders, who would finish the outside by polishing it to a high luster. They were then sold and displayed in “curio cabinets” with other odd and unexplained items. You don’t see them much anymore, and this Antiques Roadshow specimen was a massive, well-preserved one.

The experts ruled that the man’s massive nut was worth about a thousand pounds.