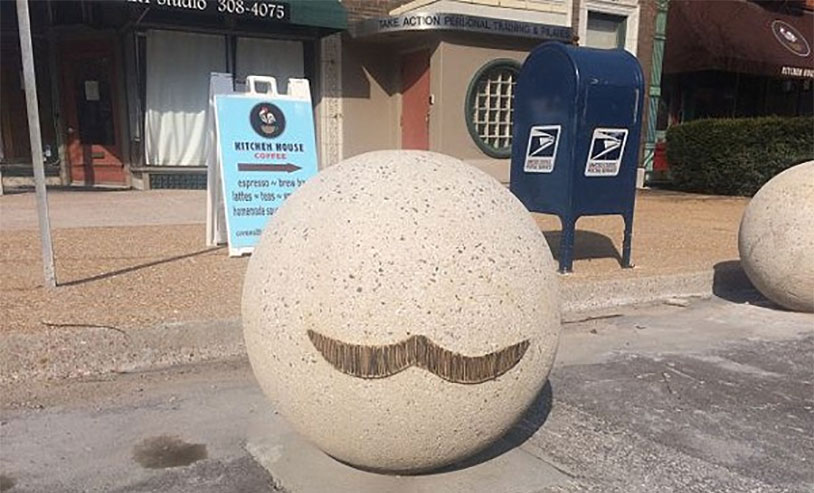 We’ve written on this site before about the concrete traffic balls of St. Louis, Missouri. The orbs were installed at certain troublesome intersections to keep speeds down, but the locals haven’t taken too kindly to them. One managed to slip its moorings, and others have been decorated with knit hats and all sorts of other accoutrements. A new vandal has hit the streets in recent days with a very unusual tag – mustaches.

Known as Slay Balls and Ingrassia Balls (after the alderwoman who introduced them), the balls have started to grow facial hair. An unknown artist has been emblazoning the orbs with mustaches, along with Mardi Gras decorations, hearts and other shapes. The mustache in question is made out of cardboard illustrated with a Sharpie marker, and multiple different ones have been spotted on the balls over the past few weeks.

So who is the mysterious mustache bandit of St. Louis, and will they continue to decorate traffic balls with their whimsical designs until the authorities step in? While we’re all about the sanctity of balls, you can’t deny that a little hair makes them a lot more appealing. Stache on, good man (or woman).

Read more at the Riverfront Times.