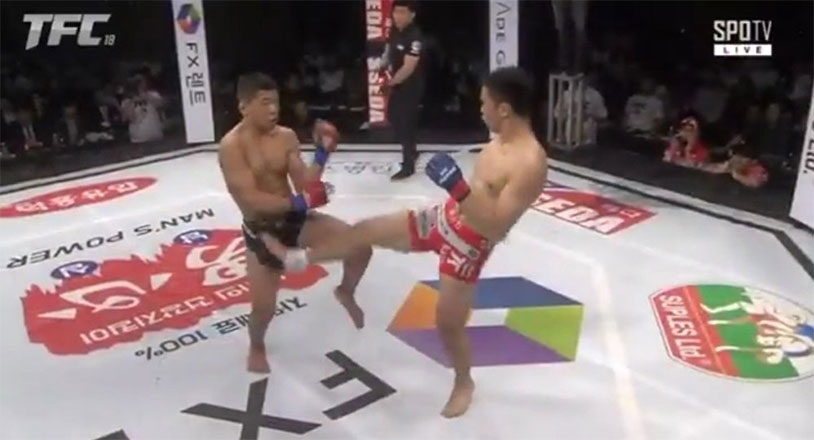 Groin kicks are banned in mixed martial arts for a very good reason, but a recent bout featuring South Korean Seung Min Yeo against Tamato Nishikawa proved that they can be dangerous for the kicker as well. Yeo wasn’t intentionally targeting his opponent’s nuts, but his sweeping low kick came in against Yamato’s cup and twisted the wrong way, breaking it. Here’s video of the incident.

It’s hard to tell exactly what’s happening here, but it looks like Yeo’s kick comes down from the top and when it strikes Nishikawa’s calf his big toe gets hooked on the waistband of his trunks and glances off, bending it in a way it shouldn’t. The fight was called and Nishikawa judged the winner because his opponent was unfit to continue. This is the first MMA match we know about that ended because of a broken toe, but the sport is still young.