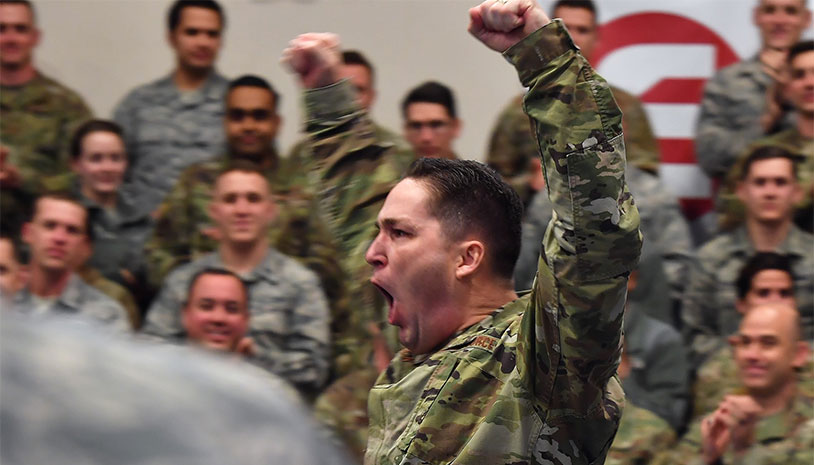 The announcement of the Space Force is one of the more perplexing moves of the Trump presidency – in a world where military intervention seems to do more harm than good for the United States, launching another branch to consider combat in outer space seems a little unwise. But where there’s talk of testicular cancer, the Ball Report must go, so let’s blast off for an inspiring survival story.

In 2019, Chief Master Sgt. Michael Rozneck, Delta 8 special projects, felt an odd pain in his abdomen. Like a smart guy, he immediately headed in to his doctor to have an examination. That test turned out inconclusive, so an ultrasound was scheduled to give the team a better glimpse at what was happening. A day after, he got a call informing him that he had testicular cancer and needed to report to Evans Army Community Hospital on Fort Carson Army Post the next morning.

He was rushed into emergency surgery to remove the stage 1 cancer. He was told after the procedure that there was a 20-30% chance of recurrence, a common warning for survivors, and the Space Force chief became one of those unlucky group about a year later. However, after 23 rounds of grueling chemotherapy over nine weeks, he’s once again been declared cancer free and ready to protect the United States from terrors from outside the atmosphere.